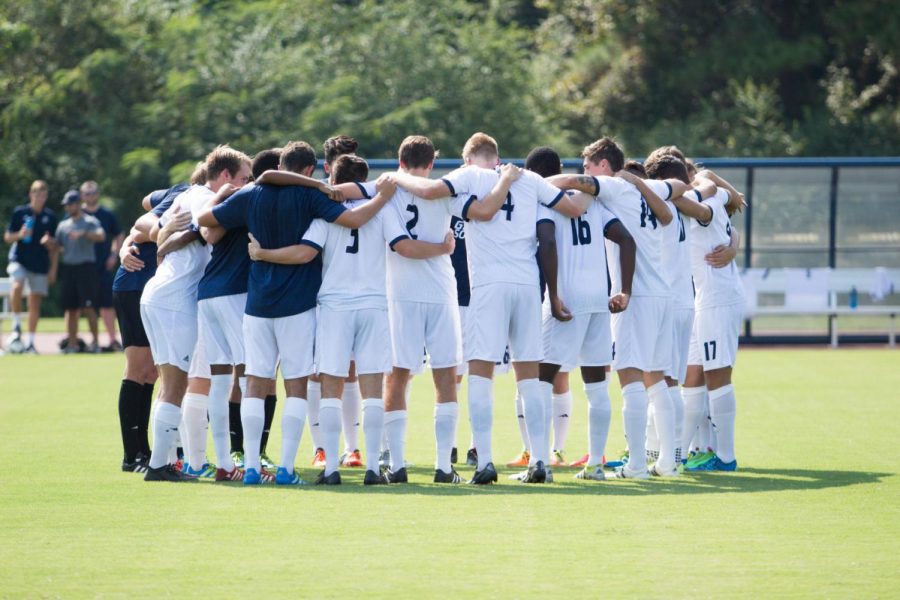 Georgia Southern men’s soccer has announced five players have signed to play for the Eagles.

Of the five players who signed their national letter of intent, three are defenders, one is a forward, and one is a goalkeeper.

Lee Flowers, Collin Harris and Parker Stokes are the three defenders in this year’s class, and look to be the future of the Eagles in the backfield.

The Eagles brought in a local kid, Payne Van Tassell, who is the son of Darin Van Tassell, a professor at GS, to play the forward.

GS also brought in Eric Nunez from McDonough, Georgia, to potentially be the goalie of the future for the Eagles.

“I think with the people that are confirmed coming in are first and foremost good people,” Murphy said. “I think that’s very important. Our program is quite demanding, we need well-rounded individuals.”

The recruiting class isn’t final for GS and they look to bring in a few more guys before the 2018 season starts.