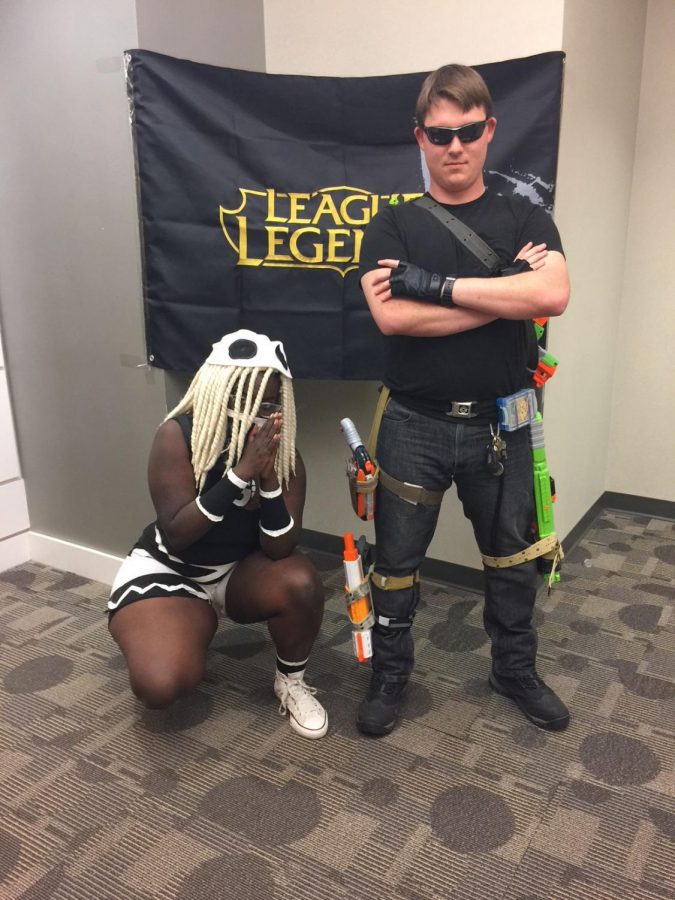 Some students cosplay their favorite characters at Tek-LAN.

Not many events at Georgia Southern University are like Tek-LAN. Tek-LAN is a giant gaming party sponsored by the Association of Information Technology Professionals (AITP). The group partners with multiple student organizations to create one of the largest student-run events on campus.

Tek-LAN, according to Chidera Obinali, senior I.T. major, is a large gaming event that AITP hosts twice a semester to promote gaming and interaction between students outside of classes. Students enjoy snacks, drinks, movies and a variety of popular video games.

Obinali stressed that Tek-LAN is open to anyone and everyone. “We still have alumni that come to events and bring their kids to play games … it’s really cute.”

Tek-LAN has a long history at GS. So far, there have been more than forty since the event began some years ago. Last semester, the event had five hundred people in attendance.

Obinali said they do their best to stay connected with other organizations on campus. They are partnered with the Green Ambassadors, who help them recycle all the trash left over from Tek-LAN. They also feature student-made games created by the Aurora Game Development Club.

Obinali stressed, however, that Tek-LAN is open to all students, not just those strictly interested in information technologies.

“Tek-LAN is more than just ‘oh yeah, I play videogames.’ If you play video games or don’t play video games … just come out. It’s not about your major or what you want to do. Come hang out … and have some pizza,” Obinali said.

Students can get involved in Tek-LAN in a variety of ways. They’re allowed to bring their own gaming systems, computers and games, so long as they contact AITP ahead of time. Some students come in cosplay, which is when people dress up like characters from their favorite games, movies, books and more. They can also volunteer to help set up and clean up, and volunteers will be given a snack and a drink as a reward.

“What I want to say to the … Georgia Southern community is if you’re interested, come on out. And if you’re an organization leader and want to partner with us, contact us about that!” Obinali said. Tek-LAN, she says, is for a great cause: uniting people by a common interest and having fun.

Tek-LAN will begin at 5 p.m. on April 6 in the I.T. Building. The event lasts until 2 a.m. and is free to attend. For additional information, contact AITP at aitp.gsu@gmail.com.