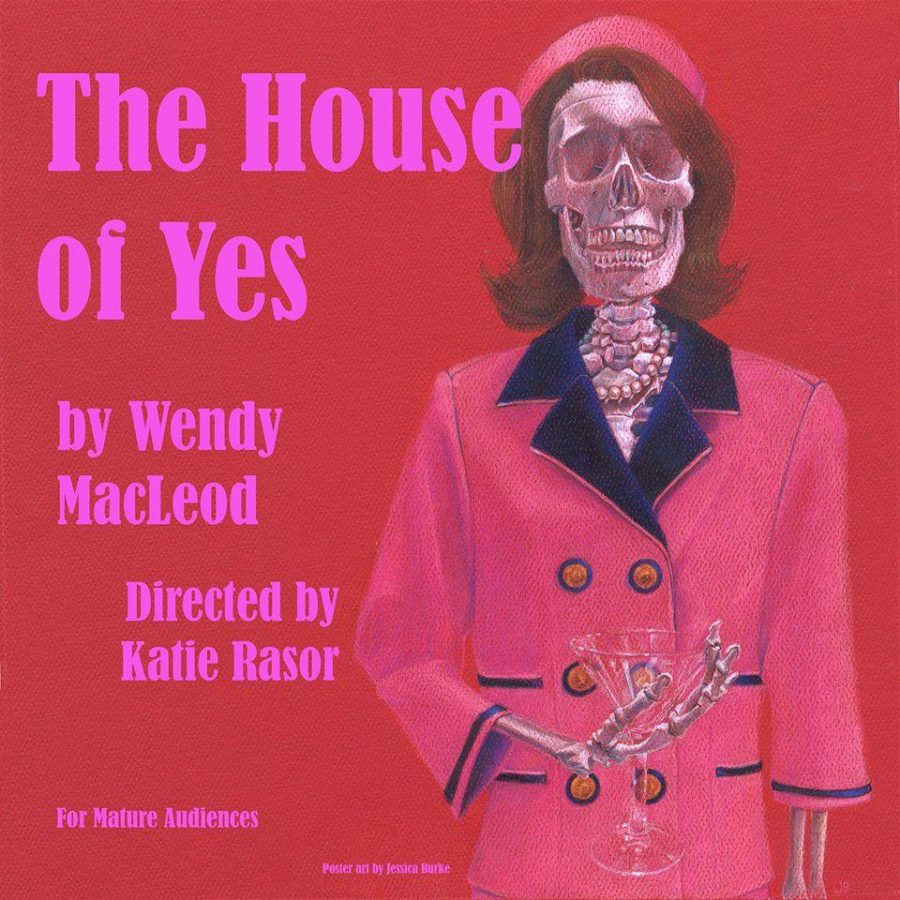 Like Jackie Kennedy Onassis‘ personality, “The House of Yes” is chaotic, unpredictable and overall twisted with its dialogue, mannerisms and charm.

House of Yes focuses on the Pascal family, who live in McLean, Virginia, a wealthy suburb in Washington, D.C., ironically around the corner from where the Kennedy’s home, 20 years after JFK’s assassination.

Within the walls of the Pascal asylum lives the vindictive matriarch Mrs. Pascal who is hardly seen without drink in her hand, the youngest son Anthony who manages to exist just on the outskirts of his family’s madness, and the unbalanced Jackie O, the play’s lead whose obsession with her twin brother is just as potent as the one she has with the Kennedys.

Peyton Rowe’s gives a chilling performance as Jackie-O through the use of her facial expressions and sporadic movements which gives the audience a spine-tingling glimpse of her character’s inner madness.

Just on the outskirts in Marty, Jackie O’s twin brother who’s need for normalcy comes in the form of his starry-eyed fiancée, Lesly, who is soon pulled into the inescapable spiral of the Pascal family’s madness.

At times “The House of Yes” can seem like a dystopian soap opera with its bouts of dramatic dialogue and sudden transition of the scenes, yet the confusion is part of the glorious madness that is House of Yes.

The familiar conflicts that exist between each of the characters are coated with lust, betrayal, and an unnerving sense of loyalty that can only exist within such a warped family.

Overall, “The House of Yes” has enough dark humor and lively performances to keep all audience members entertained.