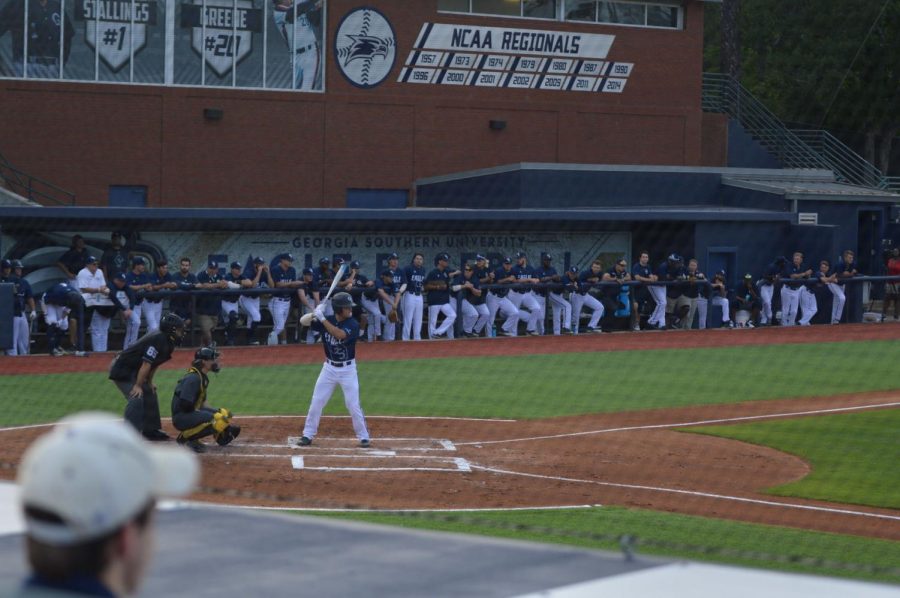 Coming off of a close walk-off loss to the University of Georgia, the Eagles play their home opener at J.I. Clements Stadium February 20, against Georgia Tech.

Despite the so far losing record, they’ve shown quite an impressive offense so far for the season- having 28 hits and 17 runs off those hits.

They also have a team batting average of .267. While first looking at their record and scores one might underestimate GT, but the Eagles should bring their full game and be ready to play.

The Yellow Jackets have yet to play a game away, as their appearance at J.I. Clements Stadium will be the first game not played in Atlanta.

Despite the loss in their first series against UGA, GS showed a lot in potential- especially when it comes to sophomore pitcher Seth Shuman.

Shuman had his first start of the season in game two and bumped his career record to 9-0.

The sophomore pitcher only allowed six hits and three runs from the ‘Dawgs and was able to help pull a win in the series for the Eagles.

The Eagles also hot hitting on the offense up in Athens, and in results had many hits- having a total of 25 for the series.

Although we haven’t seen much from the Eagles, it’s safe to say we can expect to see great things from them this season, starting with this home opener versus the GT Yellow Jackets.

The game will start at 6 p.m. in Statesboro and will be streamed on ESPN 3.