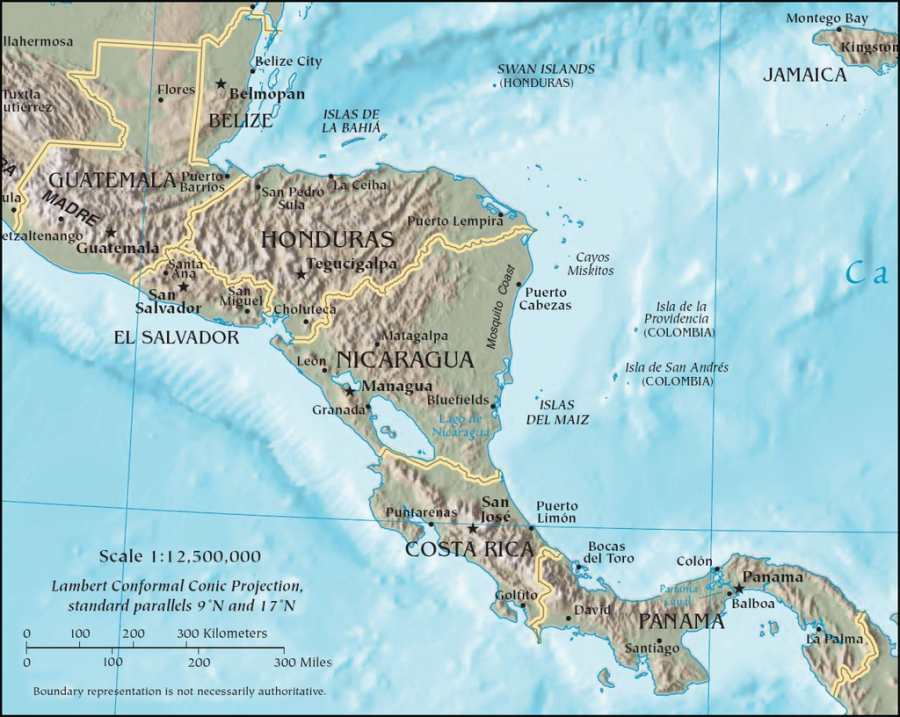 Maria Olivas was born in Nicaragua.

Maria Olivas was born in Nicaragua. Her town suffered following an earthquake in the 1970s, after which very little was rebuilt. By the time Olivas was twelve, the nation was engulfed in a civil war.

Her mother left the country in 1987 with her brothers. They were scared, as boys as young as twelve were being press-ganged into the military. They ended up staying in Guatemala.

A year later, Olivas’s father put her and her sister on a bus to reunite with the rest of the family. Her father chose to stay behind. Olivas never saw him again.

The journey to America

The situation in their home country wasn’t improving. So, the decision was made for the family to continue from Guatemala to America. They crossed the border into Mexico and began to head northwards. They traveled for about a month.

They slept in bus stations and train stations. Once, Olivas and her family even slept in a park. More than once they had encounters with Mexico’s immigration forces. Olivas recalled one incident where she and her brother were pulled off a train. Her mother and siblings had already been cleared to go.

“We were against a train…watching my mom walk away,” Olivas said. “I’m a kid, I don’t understand what’s happening, my mom is leaving.”

At that point, she said, her brother grabbed her hand and told her to get ready to run. Olivas protested, worrying that they would be killed. Her brother reassured her. Olivas said he told her, “‘As soon as I say ‘go’, you have to run’…and he said go.”

They ran, and managed to meet up with their mother and siblings in a park. It wasn’t the only scare the family would endure. Olivas recounted an incident where her mother was in a house as it was raided by Mexican immigration authorities – but somehow, they did not notice or question her. They were also robbed by the man who helped them cross the Rio Grande.

The family was alone, in the middle of nowhere, with a man who claimed to have a gun. At one point he demanded Olivas lift her shirt to prove she did not have money on her.

“Can you imagine that? In front of my siblings, in front of my brothers…I thought I was going to be raped,” Olivas said.

After showing him she didn’t have any money, her mother gave the man all they had. He ran off. Olivas was relieved it wasn’t worse. “During that time…people were being killed. A lot of people died.”

Life in America wasn’t easy. While undocumented, they could not get driver’s licenses, or take advantage of public aid programs. They were homeless for a year, and her mother was often taken advantage of by employers who knew she was undocumented. Learning English was a struggle, as the interpreter only visited Olivas’s school once a week.

Eventually Nicaraguans and Cubans were granted amnesty and allowed to apply for residency. It was a relief for Olivas’s family.

Amnesty did not come soon enough, unfortunately. Olivas’s father passed away while the rest of the family was still undocumented. Risking such a grueling journey again was out of the question. Olivas can still vividly remember the day he put he and her sister on a bus bound for Guatemala: “I just thought I was going away for a little bit…[I] didn’t understand…I waved goodbye to him through the window.”

By the time she was twenty-nine, Olivas was a divorced mother of two. She made the decision to go back to school and enrolled in a community college.

“I would go and work full-time in the morning, and my younger brother would babysit for me…it was a group effort, a family effort,” Olivas said.

She later pursued her bachelor’s degree, and then a master’s, and now she is a second-year doctoral student at the Georgia Southern University College of Public Health. Her experiences have colored her view of the world and her doctoral research.

“Right now, I focus on health disparities…different people don’t have access to different services…not all of them have the same access, or same care or same opportunities,” Olivas said.

Recently, Olivas spoke at the Statesboro Women’s March. She shared her story to shine a light on different women’s struggles.