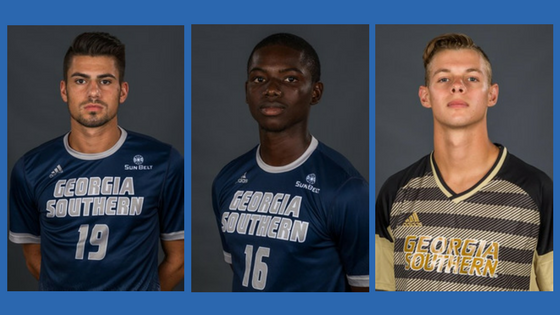 United Soccer League franchise Tormenta FC plans to commence the building of the team’s new soccer stadium in Statesboro by the end of the summer.

“We think the popularity for the sport is growing and we believe that having a stadium will attract new players and fans,” David Ball, Tormenta FC franchise development director, said.

The minor league soccer team based in Statesboro was founded in 2015 has received awards such as Premier Development League’s “Best New Franchise of the Year”, “Best Social Media Campaign” and honored for “Game Day Promotion” in 2016, according to the team’s Facebook page.

The new stadium is expected to be built near The Clubhouse Bowling Alley and Arcade Center.

“The stadium will provide an intimate feel for the fans during games and events,” Ball said.

Franchise President Darin Van Tassell was an associate professor in the department of political science and international studies at GS.

Amenities of the Stadium

The new stadium will also include locker rooms for both Tormenta FC players and GS Women and Men soccer players.

As the construction of stadium expands there will be professional offices, public residential spaces and retail spaces.

More than a soccer stadium

Joshua Phelps, Tormenta FC soccer player and ticket sales and support manger, said the new stadium will to not only be used during the season to play soccer games but will be used year around with the capability to easily turn into a space for concerts with live performances and bands.

“Stadiums get built and only get used for a couple of months,” Phelps said. “That’s one big difference we are trying to make here, essentially we are building a fully living breathing community that’s open 12 months a year. Not just when football teams play and soccer teams play…this stadium is going to constantly be in use.”

For more information about the Tormenta FC soccer stadium and league, click here.