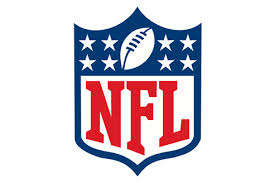 In the past two weeks, the NFL has seen multiple off-field issues take public priority over the actual games played. Ray Rice and Adrian Peterson are at the center of a league-wide problem that has begun rapidly spiraling out of control. Rice was charged with assault while the league’s best running back, Peterson, is facing charges for reckless or negligent injury to a child.

Each situation has variables that make them different from the other. But these situations (along with a handful of others) reveal a bigger problem within the NFL: the league doesn’t discipline players because it is concerned with issuing justice, but rather it does so to protect its brand. Although the NFL is a self-serving business entity, for some reason we treat it as if it operates without bias.

Ray Rice was originally given a two-game suspension by NFL commissioner Roger Goodell for assaulting his then fiancé Janay Palmer. After video of the assault was released last week however, Goodell admitted that when he gave Rice a two game suspension, he “got it wrong.” He then suspended Rice indefinitely. But why did Goodell actually suspend Rice? Was it because Rice beat the hell out of his wife, or because the NFL had to repair their very public mistake? I’ll let you decide.

Last week, Phil Taylor wrote in Sports Illustrated that the NFL has “a troubling tendency to face problems head-on only after they’ve become threats to its carefully polished public relations machine.” I agree. The NFL, as it so often does, decided to play moral police in the case of Rice. Goodell brought in Rice, and his victim/fiancé Palmer for a face to face discussion about what happened. After that discussion, Rice got two games. So it follows that Goodell had a meeting with a very emotional Rice couple, and then he handed down an obviously emotional verdict.

Adrian Peterson, who was deactivated before last Sunday’s game against New England, is coming under fire for child abuse charges in Texas. The four-year-old son of Peterson was shown in pictures to have multiple bruises and gashes on his body. Those injuries occurred while Peterson was “disciplining” his son by whipping him repeatedly with a switch. While Peterson was made to sit out by his team for one game, he was back at practice Monday. He’s expected to play this Sunday.

Obviously some people are extremely opposed to this form of child discipline, and that’s completely understandable. I personally do not believe I could ever punish my child by hitting him/her, but I also don’t look down on those who do. But therein lies my point: it isn’t my job to determine if Peterson was right or wrong, nor is it the NFL’s.

The league shouldn’t be given the opportunity to decide right from wrong, that responsibility belongs to the United States legal system. Owners are paying millions of dollars for the players to play football, of course they’ll shrug off a simple domestic violence issue in favor of a win on Sunday. They have a job to do, and that job consists of making money. Likewise, Roger Goodell has a job to, and that job is to allow the owners to safely make that money. You see, Goodell has a horse in the race. The commissioner cannot possibly be impartial, because, as he has so often said, it’s his job to “protect the shield” at all cost.

The NFL is a multi-billion dollar business that operates for profit. A league that has seen its popularity soar over the past two decades, the NFL is gaining fans left and right, but it’s also rapidly gaining unwarranted influence on public opinion. We can’t let that happen. Don’t allow a two game suspension turning into lifelong banishment make you feel differently about what Ray Rice did. When talking amongst your friends about Adrian Peterson, don’t bother arguing if he should or shouldn’t be suspended, but rather if he should be arrested. That answer should tell you if a suspension is warranted. We, as NFL fans, need to tread carefully over these issues. If we don’t, it may not be long until Roger Goodell and the NFL have more influence over morality than our laws do.