Yellow Jackets get the best of inexperienced pitching core 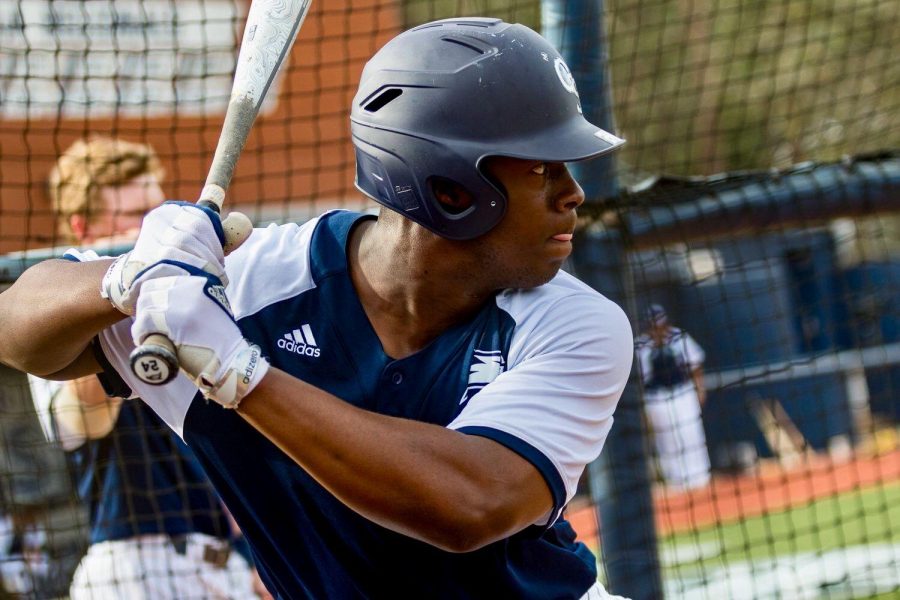 The Eagles were only able to muster up five hits in Tuesday night's loss.

Tuesday night was a rough showing from Georgia Southern’s baseball team as they took on ACC opponent, Georgia Tech at J.I. Clements Stadium.

The pitching matchup for the game was between a career 0-1 Connor Thomas (GT) and a career 0-0 Jacob Parker (GS). As a redshirt player last year, Parker received no playing time. Tonight marked Parker’s first career start.

Parker’s first collegiate inning saw 5 batters. He got the first batter out, his first career out, on a hard fly out to right field. After giving up a single to left, he proceeded to get his first career strikeout, and from there, was able to get out of the inning.

GS was unable to score in the bottom of the first, and in the top of the second, the GT bats became alive.

The Yellow Jackets led off with a ground-rule double, which was followed by a triple to left.

After an unproductive fly out, Parker was in pain, seeming to be gripping his throwing arm. After some extensive looks by the training staff, they pulled him from the game.

Parker was replaced by junior RHP Lawson Humphries. The next batter, a passed ball occurred, resulting in another run coming in for GT.

The Eagles did not get their first hit of the game until the bottom of the third, coming from sophomore catcher Matt Anderson. The ball was placed just far enough for the second baseman to stumble and miss the catch enough to have it resulted as a hit.

Although this was to lead off the inning, the Eagles failed to score, keeping the game at 2-0.

The top of the fourth brought in one run for the Yellow Jackets, which came from a balk. Although Humphries did struggle some this inning, ultimately, he got out of a bases loaded jam.

Davis proceeded to walk 2 batters in a row, resulting in another pitching change, junior RHP Cole Whitney. Both GT runs scored at the same time, off of an RBI single, with both runs being credited to Davis.

The bottom of the sixth finally brought a run to the Eagles.

To lead off the inning, sophomore second baseman Steven Curry singled to left, which was followed by a double down the right field line from sophomore third baseman Mitchell Golden.

Two batters later, Mason McWhorter added his 4th RBI of the season with a groundout to 2nd. This would be the Eagles’ only run, the score at the time being 5-1.

In the top of the eighth, junior RHP Chase Cohen gave up a two-run bomb that pushed the score to 7-1. The next inning, sophomore RHP Eric Goldstein threw a scoreless half inning.

GS was unable to score in the bottom of the ninth, giving GT the victory, the score being 7-1.

Georgia Southern’s next game will be on Friday at 6:30 p.m. at home against Fairfield. Every game of the series can be watched on True Blue TV or listened to on GA. Southern Sports Radio.