Beyond the arc with Jake Allsmiller 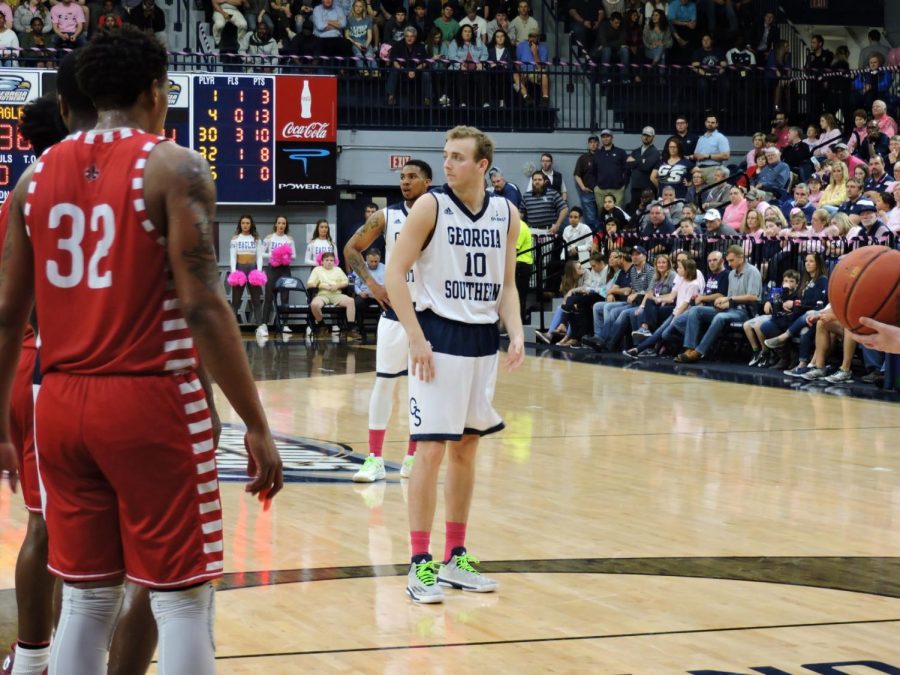 In preparation for the huge game Friday against Georgia State, I was able to sit down with senior guard Jake Allsmiller.

How would you describe the season thus far?

“It’s going good so far. We’re going through a little rough patch right now. Once we really define ourselves as a team…we’ll get back to where we are.”

How do you see yourself as a leader of this team?

“Just kind of be a voice on the court and a leader by example for the younger guys. That and just give a lot of effort.”

The team has had stretches of wins and stretches of losses. How have you and the rest of the guys been able to put all of that behind you and just keep looking forward?

“We know that’s the whole season, you’re gonna have ups and downs. Once we move on and start getting hot were gonna start looking forward to the tournament.”

What’s been one of your favorite moments throughout your 4 years?

“There’s so many games. The ones that stand out are all the Georgia State games at home. They’re so much fun.”

This is the ninth time you will have played the Panthers. What makes this game different for you and the team?

How much of an impact does the crowd at Hanner have on the play of the team?

“It’s huge. It lights a spark for everyone when we’re playing. It also scares them. When they’re getting excited, we get excited. We feed off of the energy that they provide.”

What’s your message or call to the students and fans for Friday night?