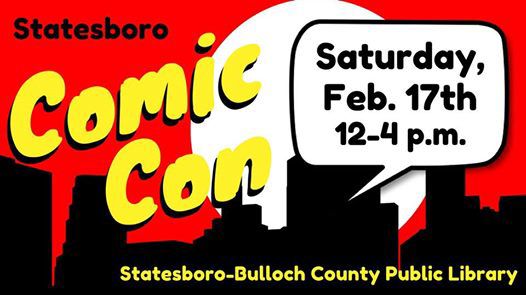 The event will be taking place for the first time.

Statesboro will host its first Comic Con on Feb. 17 at the Statesboro Public Library.

The event will be held from 12 p.m. to 4 p.m. and will feature comic book writers, local authors, actors, filmmakers, tabletop games and more. There will also be guest panels scheduled throughout the day.

Keith Brown, owner of Galactic Comics and Games which will be involved with the con, said people can learn from the event as well as have a good time.

“I’ve had people [at Galactic Comics] in the past say ‘Why haven’t we had something here in Statesboro?’” Brown said. “This event is really to get word out to the local community and surrounding areas about comic books and other things.”

The event is for all ages and is free to the public. According to its event page on Facebook, attendees are encouraged to come in costume, but everyone is welcome.