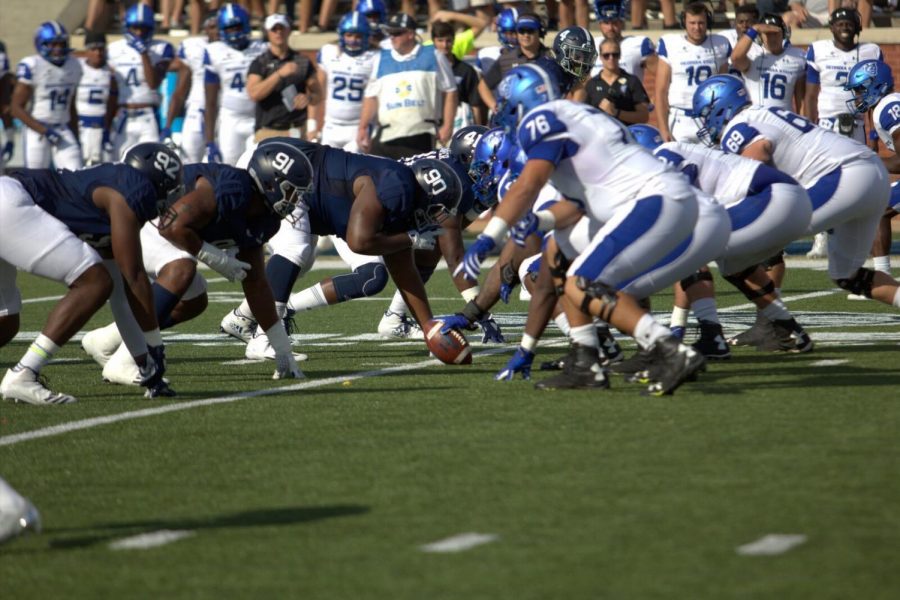 The Eagles will play in Atlanta Nov. 24 to take on Georgia State

It’s been a long, wild and exciting offseason for Eagle Nation and the Georgia Southern football program.

Upon signing coach Chad Lunsford to a full-time head coaching position, the program went on to hire a new army of supporting cast members and sign the top Sun Belt 2018 signing class.

Tuesday afternoon, the 2018 football schedule that fans had been longing for finally arrived.

Finally, the Sun Belt has done right with scheduling its’ rivalry games.

The main one being the Modern Day Hate between GS and GSU which is for the first time since 2015 being played on the last saturday of the regular season.

While the Panthers have won the last three meetings, this game is still a marquee game for both teams and fan bases.

GS will travel to Atlanta on Nov. 24, the Saturday after Thanksgiving. The same Saturday as the Iron Bowl, The Game and Clean Ole Fashioned Hate. Rivalry Saturday, as it should be.

The season begins with three games that will truly test and gauge where this team is.

Two non-conference, inferior teams, South Carolina State and UMASS, will make the trip to Paulson Stadium with hopes of extinguishing the vibe and hype created this offseason.

The third game of the season is the biggest test GS will have faced in program history. Traveling to Death Valley to take on top four ranked, three time CFB Playoff team Clemson won’t be easy.

But who knows. Crazier things have happened in the wide world of sports.

Sun Belt play opens up against an opponent who has had their way with GS- Arkansas State.

It was the official home opener on a Wednesday night last season and a last quarter heartbreaker in 2016.

This game will most likely be a night game and should pack Paulson as the Eagles will look to start conference play on the right foot.

The Eagles will be on ESPN twice during the regular season: Thursday, Oct. 11 at Texas State and Thursday, Oct. 25 at home against Appalachian State.

This marks the fifth season in a row GS will play App State on a Thursday on ESPNU. The Eagles have lost the ESPNU Thursday night series 3-1 so far.

The other notable conference game is Nov. 17 at Coastal Carolina.

Last season these two teams played for the first time since 2010 in a meaningless, boring victory for the Chanticleers to give Lunsford his first loss as official head coach.

Now in the same division, the Eagles will want to earn a victory on the teal turf in Myrtle Beach.