What you need to know about Georgia’s 2018 Legislative Session 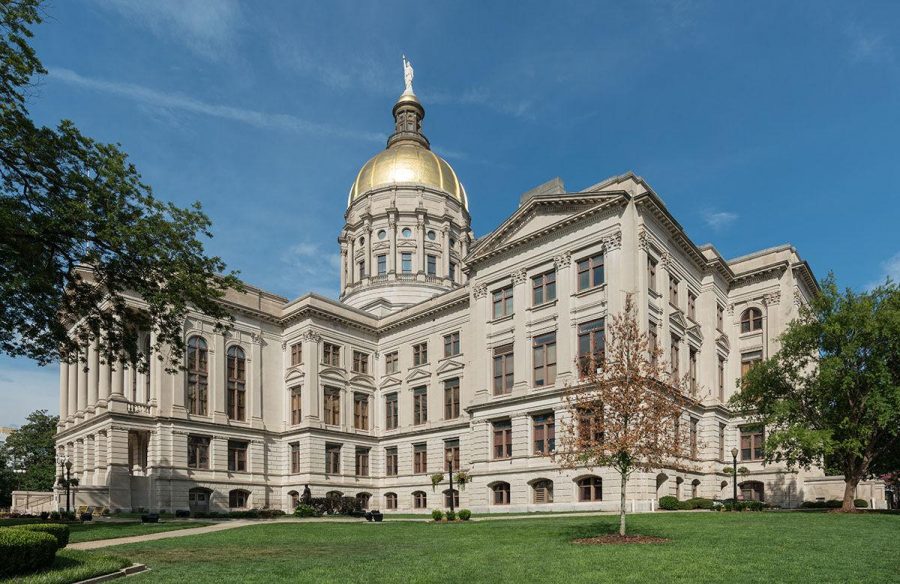 Georgia is currently well into a mostly quiet 2018 Legislative Session with just a few weeks to go until Sine Die in late March, when bills must be signed by midnight or they are dead for the year.

While Georgia isn’t currently seeing bills of large magnitude such as campus carry or religious freedom like last year’s session, this year’s legislative session is still full of bills pertinent to staff, students and the Georgia Southern University community as a whole.

Senate Bill 339 (SB 339), brought forward by Sen. William Ligon, R-Georgia, Sen. David Shafer, R-Georgia and Sen. Joshua McKoon, R-Georgia and three other senators, would call upon the Board of Regents to adopt a policy on free speech that would stand for every college and university in Georgia.

A few of the provisions under SB 339 are as follows, according the bill’s draft:

Jacek Lubecki, associate professor of political science and international studies, said that states have to be careful in regards to free speech.

“There’s only so much that individual states and state level regulations can do to limit free speech,” Lubecki said. “The general notion is that free speech is protected by the First Amendment and the most protected category of speech is political speech.”

Lubecki warns that the senators have to be careful that they don’t infringe on the constitutional right of free speech.

“I applaud the general effort to put more specific rules and regulations,” Lubecki said, “They might clarify issues of free speech, it’s just any such regulations have to tread a very careful line between legitimate and illegitimate restrictions of free speech.”

There are quite a few grants in this current session that deal with providing monetary assistance for various types of individuals or other groups.

Senate Bill 405, if passed, would provide a grant of $1,500 to eligible students who have a household income of $48,000 or less. This bill is aimed at first-year and current students qualified for, or are currently receiving a Pell Grant.

The requirements are a bit specific, according to the online draft of the bill. A high school recipient, in addition to being able to get the Pell Grant, must not be able to earn the HOPE Scholarship, have a GPA of 2.3 to 3.0 and meet other criteria. College students, on the other hand, must either be making satisfactory progress in their degree program, or be currently ineligible for the HOPE Scholarship, but can meet at least one of the criteria that a high school student must meet.

In addition to the criteria above, a student wishing to earn this grant must be working 15 hours a week during the semester they are enrolled.

Brought forward by Rep. Heath Clark, R-Warner Robins and four other representatives, House Bill 702, also known at the STEM Defense Support Fund bill, would provide loan forgiveness for students who go on to have STEM related careers in federal civil service positions at a defense installation in the state of Georgia.

Whether the student goes to work at a facility, base or any other institution owned by the U.S. Department of Defense, they are eligible to have up to the following amounts forgiven per year:

In order to get their loans forgiven a student must continue to work for the institution one year after their last loan forgiveness installment, according to a draft of the bill.

Loan forgiveness can begin the seventh month after the student has been employed by the defense institution in the state.

While not exactly a bill, Sen. Lester Jackson, D-Georgia, has put forward Senate Resolution 716, also known as the Rooney Rule, which is already implemented in the NFL.

Jackson is pushing for the Board of Regents of the University System of Georgia to require universities to interview minority candidates for head coaching and other senior operational positions, according to the bill’s draft.

Jackson wants more diversity in the football staffs at universities on campus and adds in the draft that “athletic programs are benefited by diversity in the ranks of head coaches and senior athletic positions”.