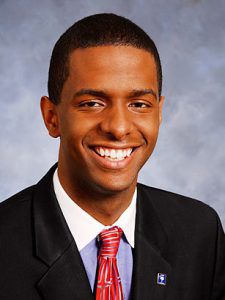 The lecture will be given by civil rights activist, political commentator and attorney Bakari Sellers. Sellers is expected to discuss activism in relation to Martin Luther King Jr.’s legacy.

Sellers was previously a feature speaker for the National Education Association, NAACP and College Democrats of America’s National Convention.

Sellers also won the 2014 Democratic nomination for Lt. Governor in South Carolina, making him the youngest African-American elected official in the country.

He currently resides in Denmark, SC, practicing law with the Storm Law Firm. He is also a CNN contributor.

The event is free and open to the public.