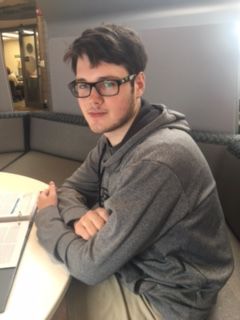 In December of 2017, Twitter users went into an internet frenzy after word spread that the Federal Communications Commissions (FCC) was repealing the Net Neutrality law. Cybernauts began making their final goodbyes through Twitter, Facebook and Instagram after hearing that users would be charged a fee for utilizing these social media websites. However, everything that we’ve been told about repealing Net Neutrality is not all true. News sources such as New York Times and the Washington Post gave us the idea that the decision to repeal the law was another step back into a controlled society. Headliners such as “FCC plan would give internet providers power to choose the sites customers see and use” and “FCC is Revving Up to destroy the Internet as We Know It” called for protests, petitions, and angry tweets from GS students. What many users failed to do was their own research on the background of the newly repealed law.

What you need to know about net neutrality

In 2015 activists persuaded the FCC to enact the historic Net Neutrality rules that has been proven to keep the internet free and open allowing you to control your internet experience. Since then users have been able to share and access information as they pleased, without any interference.

According to savetheinternet.com, On Dec. 14, 2017 former FCC chair and Trump appointee Ajit Pai, who was never a fan of the law, disregarded the popular opinions of millions of Americans and decided to push for the repealing of Net Neutrality. Since word has spread about the change in Internet rules many called on to Congress to use a “resolution of disapproval” to overturn the FCC’s vote to throw away Net Neutrality rules.

According to Chairman Pai, Americans were not living in a digital dystopia until after the FCC seized power. He went on to say that he hopes the FCC will choose to return to the common-sense policies that helped the online world transform to the physical one.

The Monthly Fee to be Noisy

What really had students in an uproar is when word spread that they would no longer be able to access the internet without paying a fee. Although that is partially true it’s more so that if you have a provider such as Comcast, Spectrum, AT&T, etc., you would be charged more if you wanted to stream Netflix or another website that’s not apart of that said company.

So no you won’t be charged a dollar and some change for every google search you make, but researches believe that this will slow down future innovations.

“Most college students don’t have the money really to be spending on the internet. I think it should be kept in place because I really don’t trust all these big companies, like AT&T Verizon because they go unregulated. It was enacted because AT&T or Verizon started doing something like throttling users or something so it was put in place. The problem is most these companies can finally start doing things like that and start charging more so we do have to put in laws like that and it’s just all about regulating those big companies so they don’t completely have monopoly.”

“I think it’s dumb for the government to try to away something like that. Us using the internet is basically like freedom of speech, on social media everyone says what they feel like they want to say. All the kids stay on the internet, we use it for everything so I feel like it’ll affect us with our homework. Even with my friends there always on their phones and I even have to tell them to get off their phones but they still stay on it. So I don’t feel like we ourselves would limit our internet use so there probably might need to be rules, but I feel like with it being rules it’s going to take away like our freedom to say what we want.”

“It’s a power grab by the companies that control all of the media in general like Comcast and other service providers as well to make the internet more like cable, because like right now TV viewers have been declining in preference for online media like Netflix, Youtube, etc., etc., so to supplement that and keep their shareholders happy they want to basically make internet more expensive while not having to update the infrastructure. One easy way to do this is to introduce packaging so that people will pay what they want without realizing that they’re paying more for it. It was an Obama-Era thing, before we didn’t really need it before, because the effect of the internet was just starting to like really explode into what it is now. If you limit the number of outlets people can get their information from, its only going to get worse, that’s just the cherry on top. I am definitely for Net Neutrality, it’s a much better system that gives all the sites equal access to all sites rather than preferential access to some sites, and also I don’t want to pay for it.”