Your View: How to cope with being broke in college 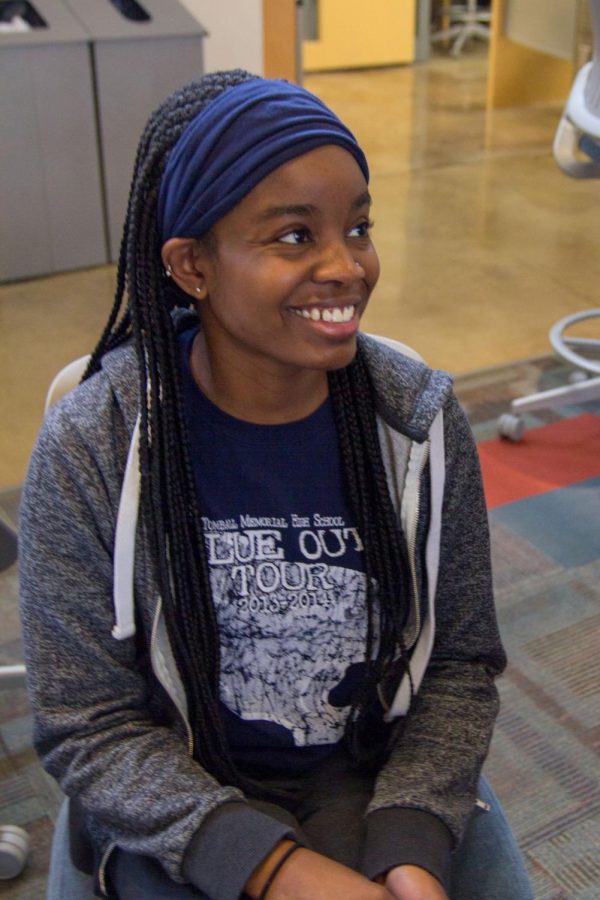 It’s that time of year again, the return from winter break. All holidays have passed and the only break awaiting students and professors is during the spring. For many students this means two months of hardcore struggling. The collegiate struggle consists of hunger, not being able to eat as often as you want or as much as you want, simply because you cannot afford to. Also, living off of the bare minimum, because that’s all your pockets can handle. Since the holidays have made their grand debut to wrap up the year 2017, majority of us have found ourselves entering the new year of 2018 with an empty wallet. However, countless students have found ways to conqueror the financial downfalls of being in college.

I have been in this predicament many times and have found ways and strategies to make living broke a little more comfortable. While most parents and guardians may say you need to cut back on your spending habits, they don’t understand that the key to surviving this epidemic consists of more than just cutting back on your everyday expenses. Here are three simple lifestyle changes you can make to make being broke a little easier.

Stop subscribing to things online just because you get the first month free. Sure the first month is free, but after that month has subsided your left with a bill and if you have not cancelled your subscription then that company will reach into your bank account and take out the money you do not have, which then leaves you with an overdraft fee. So no, you can’t afford to Netflix and Chill but YouTube is free; and no you don’t have access to all the latest shows but nothing compares to re-runs of your favorite childhood shows.

Don’t keep your head up and stop living in the now. This may sound harsh but speaking in regards to finances sometimes it’s better to be realistic than optimistic. Occasionally, I find myself in this very positive state with my finances and I feel the okay to splurge. However, this positive state does not last as long as you would like for it and it just becomes a feeling that you once had. You never know what could happen and know that you’re entering the adult stage, it’s always better to be smart and think ahead.

Pregame, if you go out to get drunk, this one is for you. Drinking at local bars costs a pretty penny, but for most college students it’s a necessity. Instead of spending six dollars on a shot you could buy a whole bottle of wine and experience somewhat of the same outcome as you would have purchasing five of those six dollar shots..

Stop eating out. Many students can attest to wasting an innumerable amount of paychecks to fast food. Buying groceries may seem more expensive than buying fast food but essentially you save more money. Groceries will lasts you up to a month where as fast food is only meant to satisfy your hunger for about an hour then your out spending more money for another meal.

College itself is already a hard time for most people, on top of school, work, and any other extra curriculum you have to manage how you will live with out the help of mom and dad. We’ve all been there and the hardest part is just persevering through it.

I did calculations of how much I ate out and I spent like 400 to 500 dollars just on eating out [monthly]. That’s when I was like okay I gotta stop this semester, this can’t continue. Maybe setting a limit for yourself, eating out once or twice a week. I know someone who said they would only eat out if their friends were going to so that saves you a bit of money. Meal prepping helps a ton too, that way you have meals set out and you don’t have to spend more money. Only spend money on stuff that you need to spend it on, like shampoo or toothpaste don’t spend it on shopping at Forever 21,” Keisha Lockhart, Junior Exercise Science major, said.

“When you go to Walmart to buy stuff buy the important stuff. I go out and I get like gushers and chips and stuff like that, don’t do that it costs a lot of money. I’ve gotten Dove chocolate like ten times and that costs a lot, that’s 30 bucks right there. Buy the essentials, don’t go shopping and get a job,” Savannah Shell, freshman pre-nursing major, said.

“Get a bottle beforehand and pregame before you go out so you won’t have to drink as much,” Charabele Louis-Jacques, senior biology major said.