Temporary Statesboro Police building to open near campus in Spring 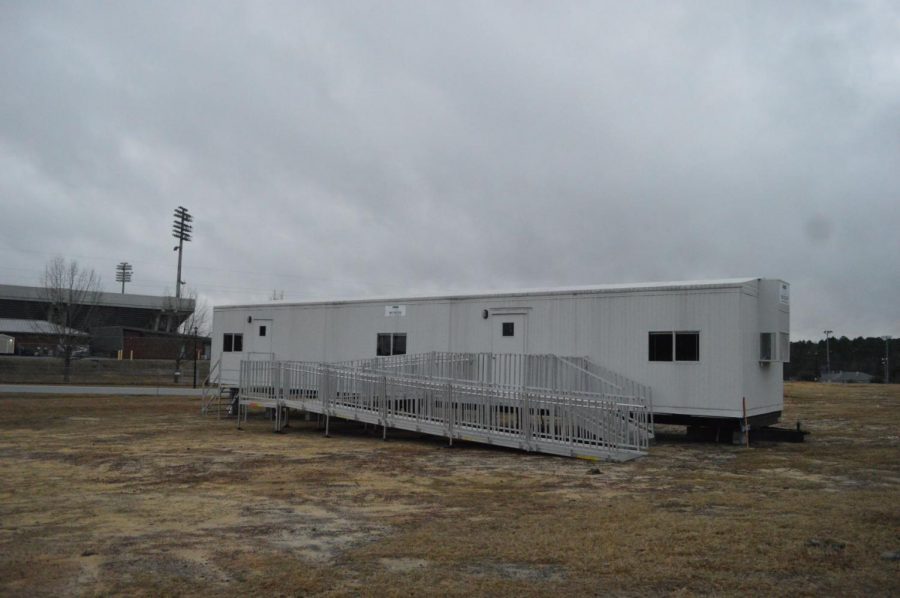 The Statesboro Police Department building was delivered this past week and is expected to be opening on March 1. Photo by Matthew Enfinger

The Statesboro Police Department placed a new temporary office building near Paulson Stadium that is expected to open on March 1.

The building was delivered this past week and is currently being renovated. Its office will not be staffed 24-hours a day, but officers will have 24-hour access to it, Statesboro Chief of Police Mike Broadhead said.

Broadhead said the reason the building is by the stadium is because it allows for easy access, plus the area is patrolled by police regularly.

“There is a lot of foot traffic in that area, so it made sense to have a community office in a place where a lot of people could access it on foot,” Broadhead said. “From a law enforcement perspective, that geographic area of town is very densely populated, so we wanted to have a more permanent footprint in the neighborhood.”

Statesboro PD plans on using the temporary building for about six months before relocating to 1800 Chandler Road where the current Property Mart office now stands.

“We have an agreement with them to use that building for the next year after we move in,” Broadhead said. “We have slated this as a pilot project to see if the people in the community use it and if it’s not having any impact. We will close it down in a year and a half.”

The building’s staff will work closely with the Georgia Southern University Police Department, who will have full access to the office as well.

Broadhead said students who have business with the campus police department should contact them directly as normal, at the Public Safety Office. You can contact the office at (912) 478-5234, or Statesboro PD at (912) 764-9911.