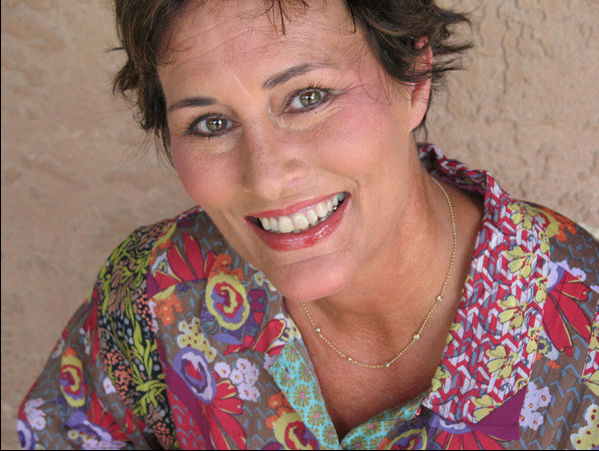 Gina Germani is a journalism instructor at Georgia Southern University.

Gina Germani asked her doctors if they would be able to put her face back together. They told her yes but that she would never look the same after the operation, which would remove half of her tongue and lower jaw.

At this moment, Germani, an Emmy-winning journalist who led a successful career as an anchorwoman for more than 15 years, knew her oral cancer was more than just a disease. It meant the disfigurement of her face – a face that spent almost two decades in the limelight of television journalism.

“I’m pissed at myself,” Germani says as she sits in her chair at home. “I get angry more than I get sad. To be honest, I may never completely recover.”

Recovery from a situation like Germani’s can be lengthy, says Donna Malecka, oncology nurse at Candler Hospital in Savannah, Georgia. Full recovery can take up to one year, Malecka says, depending on the severity of the cancer, surgeries, treatment and complications.

Germani hasn’t seen her last surgery, either. She must undergo another one in order to get new teeth. Her medical expenses so far amount to roughly $500,000.

Fortunately, Germani makes a steady salary as a college journalism instructor at Georgia Southern University. She says she’s determined to keep teaching, or else she won’t be able to support herself while paying her medical bills.

But unlike the early years of her teaching career, Germani now limps into the classroom, the result of two hip and knee operations, during which doctors removed sections of her bone for use in the reconstruction of her face.

She wears a scarf to cover her neck wounds and carries a cup of water to keep her mouth from drying out. She clutches a piece of tissue, which is used to wipe the drool from her clothes and lower chin, and to keep the water she drinks inside her mouth.

“I am always self-conscious walking into class every day,” Germani says. “I look forward to the day I can walk into a class and not have to explain it.”

Explaining her disfigurement and speech impediment to students is sometimes tough for Germani. She says students are not always understanding of her situation, adding that they can sometimes become impatient and unkind. But many students are compassionate about Germani’s struggle and willing to work with her in the classroom.

And she makes it easy for them. Germani jokes frequently with students about her situation, makes all of her lectures available online and brings a whiteboard and marker to class every day to write out words and phrases students don’t understand.

Jennifer Kowalewski, assistant professor of multimedia journalism at Georgia Southern, admires Germani for continuing to teach despite her illness.

“She never wavered,” Kowalewski says. “She never felt sorry for herself. She worked with her students. She kept teaching.”

Germani greatly enjoys being a journalism instructor but says she doesn’t want to teach for the rest of her life, as she considers herself a news reporter at heart. She recognizes, however, that due to her illness, she may have no other choice but to teach for now.

Yet her decision to continue teaching is not one she views with misery. As someone who spent more than two decades traveling from place to place to report the news, Germani is a natural nomad and dreams of combining her passions of traveling and teaching into one.

“I have always thought about moving to Central America or Africa to help teach in rural and impoverished areas,” she says. “I would love to do that one day.”