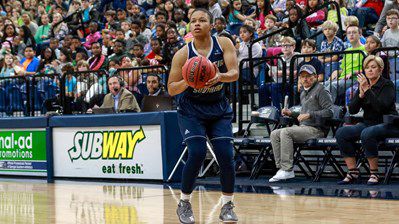 They are going into this stretch with a 3-15 record, yet to win a conference game, but are hungry for one.

The Eagles will have a good chance to win against Texas State and UTA, as neither team is overly dominant in the Sun Belt Conference.

GS has a strong chance against the Bobcats.

Texas State has yet to find a consistent offense. Over their past five games, they have averaged 68.4 points per game.

This stat is not bad, however, the range of their scoring over these games is 38 points. In fact, one game, they scored 48 points, and the next, they scored 86.

Another reason is because the Bobcats do not play as well on the road as they do at home. It is obvious that they are more comfortable playing at home.

In Sun Belt play, the most points that they put up away from home was 69 in a victory in their conference opener against App State, however, they have put up an 86-point game at home.

The Eagles will have to contain the 3-point sharpshooter, Toshua Leavitt, who is averaging 18.2 points per game while shooting an impressive 43.1 percent from downtown.

There are two seniors this game that GS will have to watch out for. One of these players is the 6-5 center, Rebekah VanDijk, who almost averages a double-double, scoring 13.7 points per game while pulling in 9.5 rebounds. The other player is the 5-9 guard, Crystal Allen, who puts up 12.4 points per game.

Scoring will be a large factor in both upcoming games.

This means that the Eagles will be relying on three main players to be putting in most of the scoring.

Sophomore Alexis Brown, sophomore Nakol Franks, and senior Sierra Butler, who all average 7-8 points per game, will need to be on their offensive A-game if they want to take their first conference win of the year.