Red in the Boro 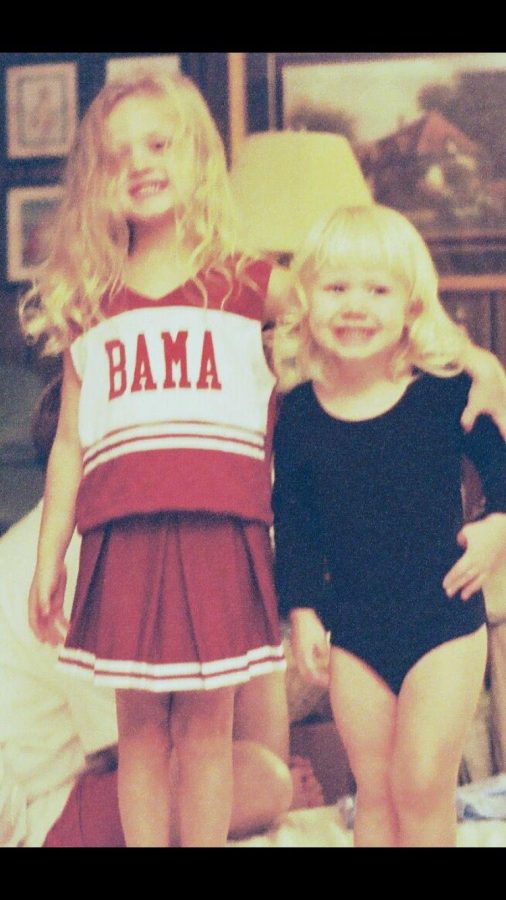 Unfortunately for most, the college football season comes to an end Monday night with the College Football Playoff National Championship. 130 teams began the season 0-0 with ambitions of doing everything they can to impress the playoff committee and hopefully make the national championship.

128 teams fell short of this chance to play in the final game of the season (except in the case of that undefeated team from Orlando who already claimed their national title and is having a parade).

Georgia Southern, despite all odds, wasn’t able to finish as one of the top 4 teams “in the eyes of the committee”, but there are many students who still care about the playoff and many bowl games.

Though some may not admit it, there are Georgia Southern students who cheer and support other college football teams. There are Clemson fans, Florida fans, FSU fans, Auburn fans, Ohio State fans, and of course Alabama and Georgia fans all enrolled at Georgia Southern.

One of these Alabama fans is sophomore multimedia journalism major Bethany-Grace Bowers. Bowers was born in Alabama and her “whole family, on both sides, has always been huge fans”.

The University of Alabama and Georgia Southern University, as one would imagine, are very different institutions. U of A is located in Tuscaloosa, Alabama and has about 38,000 students. Nested in Statesboro, Georgia is GS which has only about 27,000 enrollees.

Despite the difference in size, both schools’ football programs have enjoyed decades of success. The Georgia Southern Eagles are one of just two programs to have won 6 FCS national championships. The Crimson Tide know a thing or two about national championships with 16 claimed titles, hoping for another one Monday night.

“Georgia Southern was always my number two school,” Bowers admitted. “Since [my parents] moved to Georgia, I wanted to be closer to them and since being here, I’ve loved it so much.”

Both of these football programs have legendary coaches that many identify the school with. For the Eagles, it has to be Erk Russell. Coming to Statesboro as head coach in 1981, Russell instilled many of the winning traditions players and fans enjoy today. Russell also brought Georgia Southern its’ first, second, and third FCS national championships.

In the Tide’s case, Paul “Bear” Bryant is infamous in ways other than the houndstooth hats he wore. Bryant took over the Tide in 1958 and led the team to win an unmatched 6 national championships.

The Alabama Crimson Tide is a football dynasty that anyone and everyone understands is a national powerhouse, no matter the year.  And fans of Alabama receive the insult of being a bandwagon fan quite frequently, according to Bethany-Grace.

“People hate us because we support one of the strongest, winningest teams in the country,” Bowers boasted. “Even though that sounds cocky to most, it’s true.”

Yes, it is cocky, but yes it is true. Even in “down years”, it’s still safe to bet that Alabama will be in the national championship game. Like this year, despite not winning the SEC, Alabama is still playing for the crown in Atlanta Monday night.

Every time the Crimson Tide takes the field, Bethany-Grace expects them to win. Monday’s championship game against UGA is no different.

“[Nick] Saban and the boys are out for blood and that passion & skill is what carries the team,” Bethany-Grace said.

To the disgust of many True Blue fans, the team Alabama will line up against Monday night is the University of Georgia Bulldogs.

It’s no surprise that being a school in Georgia, there are many UGA fans at Georgia Southern. Senior marketing and logistics double major Garrett Chapman is one of these lifelong fans of the ‘Dawgs. Chapman has been a fan of the Red and Black since he was five years old.

“My mom had a tennis partner that was…probably the biggest Georgia fan I’ve ever met,” Chapman recalled. “We would go to her house all the time for parties and I would always find myself drawn to the TV where she would be watching football.”

Many counties in Georgia are calling for Georgians to wear red Monday in honor of the Bulldogs being in the bug game. Coach Chad Lunsford has declared the day True Blue Monday, asking Eagle Nation to wear blue and GS wear.

Eagle Nation, We would like to declare Monday January 8, 2018 as #TrueBlueMonday. I would like to encourage all of #EagleNation to wear BLUE all day!#HailSouthernAndNoPlaceElse #BlueAllDay pic.twitter.com/59OFsu2Sq9

Garrett tries to stay balanced between the two Peach State teams. “I am absolutely a huge Georgia Southern fan and when we played each other, I wore my GS polo to Athens.”

There is more hate and perhaps jealousy when it comes to people outside of Athens supporting UGA than there is when supporting ‘Bama. Both schools are in-state and a lot of the time, GS is seen as the backup school to UGA. Georgia has a lower acceptance rate and is often viewed more prestigious than Georgia Southern. However, for many Eagles, like Chapman, GS is the place to be.

“Almost everyone I knew went to UGA,” Garrett said distastefully. “I wanted to try something new and it has been a fantastic decision.”

This is the Bulldogs first trip to the national championship since 1980 and the whole state has gone wild. Tickets for the big game range from $800 to $30,000 and Georgia sans are going wild for them.

It’s certainly an exciting time to be a ‘Dawgs fan, but Chapman is more reserved. “I think it’s possible, but it won’t be easy,” Chapman smiled. “It’s been an incredible ride.”

There are students who have repped their teams’ colors all season and all year. Monday night, there will be two different kinds of red filling Mercedez-Benz stadium. There will probably be two different kinds of red scattered around Georgia Southern’s campus. One thing still rings true – Nick Saban nor Kirby Smart can slam a metal folding chair the way coaches at Georgia Southern can.