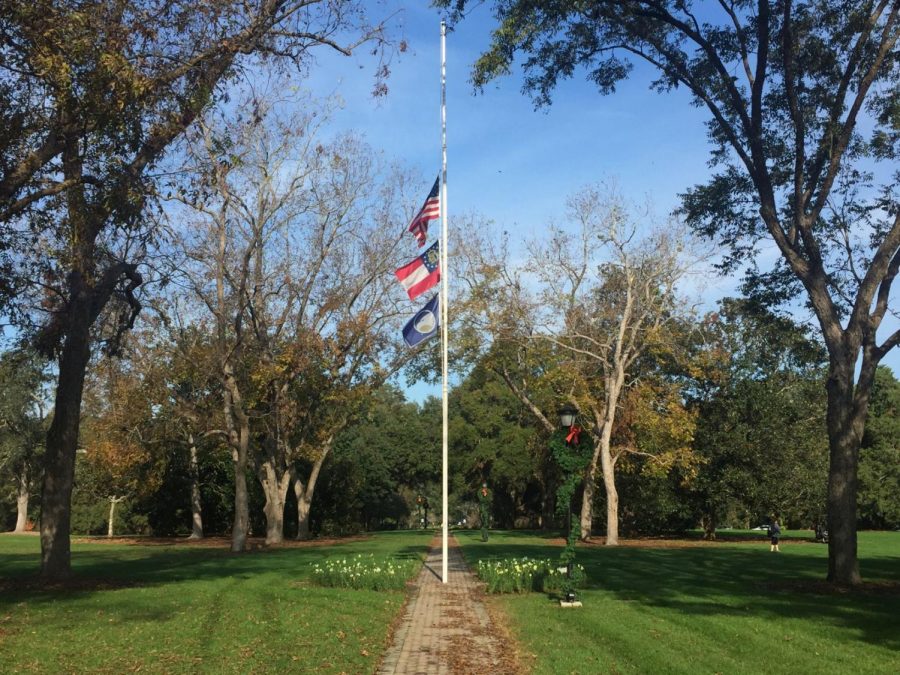 The flags at Sweetheart Circle will fly at half staff on Monday and Tuesday to honor the lives of Deacon and Garrett Harris who were killed in a car crash on Sunday, Nov. 26. Photo by Matthew Enfinger.

The Georgia Southern University flag, the State of Georgia flag and the United States of America flag at Sweetheart Circle will fly at half-staff on Monday and Tuesday in honor of the lives of Jack “Deacon” Harris and Garrett Harris.

“We will fly the flag at half-staff in their honor on Sweetheart Circle,”President Jaimie Hebert said. “We present that Georgia Southern flag that is flown half-staff to the family as a reminder of how important their family members are to us.”

Hebert said the flags will be flown at half-staff on two separate days so the university can present a flag to the family in honor of each of the students.

He said that immediately after the crash the university sent a letter to the family offering their condolences for the loss of Deacon and Garrett.

A memorial service was held for the two brothers on Saturday, Dec. 2 at Cauble Park in Ackworth, Georgia.

To read more about the lives of Deacon and Garrett, please click here.