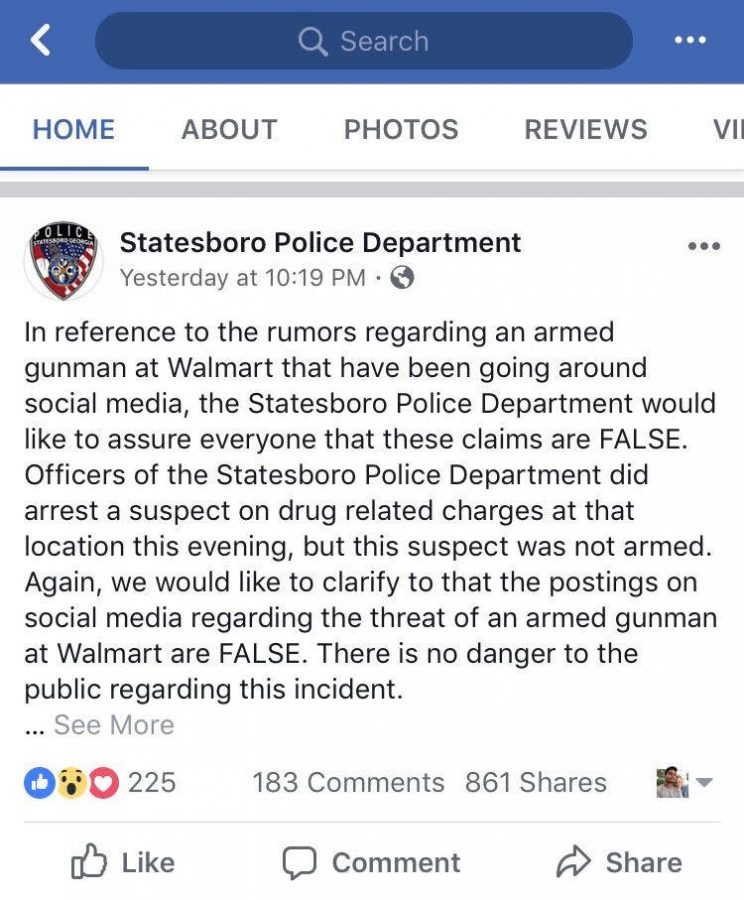 Social media posts sparked rumors of the Statesboro police taking down a gunman on the night of Nov. 13 at the Statesboro Walmart. However, the SPD clarified that the presence of a gunman in the store was false.

The rumors began when a customer at the store posted what he claimed happened at Walmart.

However, after the SPD clarified that the event was actually related to drug charges, and the suspect was not armed.

The original Facebook poster removed his previous statement and clarified.

The SPD has been reached for comment, but has not responded to emails or phone calls at the time of publication.