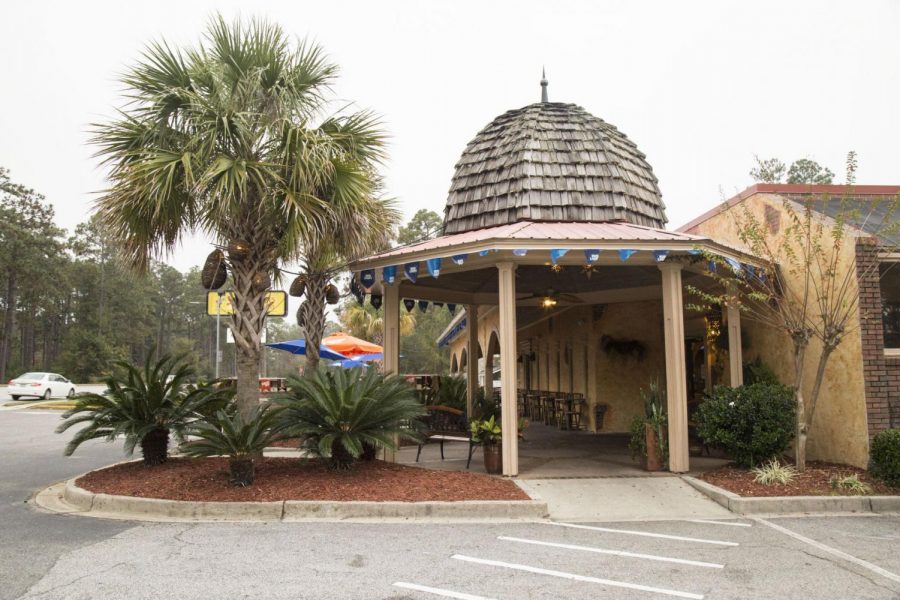 Local restaurant El Jalapeño is now under new management due to an ongoing lawsuit between the three co-owners, according to documents filed with Bulloch County’s superior court.

However, Ramirez and Canales filed a civil suit against Gomez on June 21, 2017 alleging the following claims:

Mismanagement of the restaurant’s assets,

Taking the majority of all the business’s profits,

Fraudulently converting assets for personal use

Preventing other co-owners from accessing the business’ financial records

Ramirez and Canales, who helped Gomez start El Jalapeño, filed a civil suit against him on June 21, 2017.

They alleged in the lawsuit that he mismanaged the restaurant’s assets, took the majority or all of its profits, fraudulently converted assets for his personal use and prevented them from accessing the business’ financial records and failed to adequately compensate them for their initial investment and further work at the business.

Gomez filed a counterclaim on July 25 against Canales and Ramirez where he denied their allegations.

The most recent document, an Oct. 30 order, revealed that Michelle Wilson, general manager at El Jalapeño, was appointed as the interim receiver of the restaurant.

Doug Collins, CPA (certified public accountant) was appointed to be the advisor to Wilson. As advisor, Collins has authority to account for El Jalapeño’s books, records, method of operation, bank accounts and business operation, as well as wind down the business or liquidate its assets.

He also has the authority to remove or replace Wilson as the receiver at his discretion without the need for the court’s permission.

Ramirez and Canalez requested in the initial civil filing that a receiver be appointed to manage the business’ affairs because they believed there was a “manifest danger of loss, deterioration and diminution of funds on deposit, the business enterprise and investments made by the plaintiffs.”

Gomez’s attorney, Charles C. Black, established the business by filing for a business license with the Georgia Secretary of State’s office in 2013. Neither Gomez, Ramirez or Canales are listed on that particular filing, according to a transcript of a hearing held on July 31, 2017.

Though there is a Secretary of State filing where Gomez indicated that he himself was the organizer, there is not an operating agreement between Gomez, Ramirez and Canales.

Before that date, Gomez and Ramirez had had a previous business relationship with each other, as they had previously operated a restaurant together in Americus, Georgia before starting El Jalapeño.

Gomez, Ramirez and Canales made an initial verbal agreement that Ramirez and Gomez would each own 40 percent of the company, while Canales would maintain a 20 percent stake in the company. This agreement was to be maintained at all times.

Likewise, Canales put $20,000 into the account to help with final renovations to El Jalapeno’s leased building. However, Gomez never contributed his portion to the restaurant’s start-up costs, according to the lawsuit.

After Ramirez and Canales had made their initial investments, the lawsuit states that they worked full-time in the business’ daily operations. Gomez was tasked with handling El Jalapeño’s financial accounting, deposit of receipts, filing tax returns and payment of sales, payroll and income taxes.

Around June 1, the lawsuit states that Gomez was said to have threatened to have Ramirez and Canales arrested if the two did not leave the premises El Jalapeño.

It then alleges that Gomez denied the two access to the business property and the business’ accounts. The suit elaborates that they believe Gomez assumed control of the company due to their limited English language skills.

It also alleges that Gomez used funds which would have been used “as disbursements to all members of the Company” for purposes other than valid business expenses, such as household and personal expenses.

Ramirez’s and Canales’ lawsuit against Gomez requests several things as restitution or necessary to the judicial process. Aside from requesting a receiver, it requests an accounting of all income and expenses starting in 2013, when Boro Mexican Foods LLC formed.

It demands a jury trial, as well as punitive damages based on Gomez’ conduct. The suit also requests that the court order Gomez to pay Ramirez’s and Canales’ attorney fees, costs and accounting fees incurred during the litigation.

When asked on Nov. 8 if he wanted to comment on the lawsuit, Gomez said that he did not want to comment at the time.

The response and order

Gomez’s counterclaim not only denied Ramirez’s and Canales’ allegations, but alleged that the plaintiffs took cash from an El Jalapeño cash register by by voiding transactions.

The document added that the amount of damages owed Gomez will be determined by subsequent review of financial records and a discovery process.

Gomez also requested a trial by jury. His other requests include that the complaints Ramirez and Canales made be dismissed and that he recover expenses incurred from the lawsuit.

Collins, the court-appointed advisor, entered a report into evidence at an Oct. 17 hearing after conducting an in-depth review of El Jalapeño’s finances and business operations.

He cited that “significant accounting issues have and are continuing to occur in the business”. The report states that Gomez disputes that Ramirez and Canales are business partners.

However, it is not disputed that Gomez owes the two money that they invested in the startup of El Jalapeño and that he failed to maintain appropriate accounting records.

In the Oct. 17 hearing, Gomez said that the business has not been able to compensate Canales for his initial investment about four years ago in El Jalapeño because of lacking funds.

Collins’ report also states that it is undisputed by all parties that Gomez failed to prepare or file income tax returns for the restaurant since its start in 2013.

Furthermore, Collins is required to file a monthly accounting report to the court and parties in the lawsuit, according to the Oct. 30 order.

The financials that Collins have thus far provided indicate that El Jalapeno has sales of over one million dollars on an annual basis.

The George-Anne also obtained separate documents from the Statesboro Police Department detailing two incidents that occurred in June and August 2017.

The first incident was a burglary with forced entry that occurred at El Jalapeño on June 28.

Cesar Augusto Milla Alvarado, an employee of the business, reported the burglary at 9:53 a.m., whereby police responded to the restaurant’s premises.

An unidentified person broke through a window and stole $1,200 cash from the restaurant’s office.

That case was turned over to the Criminal Investigation Division of the SPD, but it was listed as inactive as of Aug. 4.

The second incident happened on Aug. 24, when police responded to assist the Statesboro Fire Department with an alarm call.

The police arrived at El Jalapeño around 8:50 a.m. Gomez and Steven Levi Morris were listed as others involved in the incident.

That report noted that a 2005 Ford Escape belonging to Tracie Lyn Ramirez was seen at the restaurant. Police then made contact with the vehicle nearby at #1 Azalea Drive.

The report stated that the car was “possibly involved in Arson and Burglary at El Jalapeño”.

Two other people were mentioned in the report’s additional name list. Their names were restricted, but their ages were listed as 37 and 47-years-old.

It is believed that Ramirez and Canales work at El Rancho Grande, located at 3000 Northside Dr W. However, it could not be confirmed.

Litigation will continue with this case, as it is only in the discovery process.

Correction: A previous version of this article listed Ramirez and Canales as owners at El Rancho Grande, but they are only employed there. The George-Anne regrets this mistake.