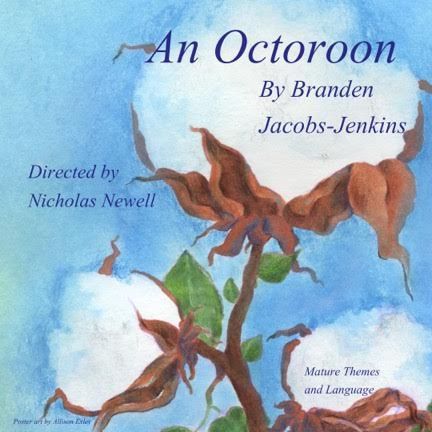 With their latest upcoming production, the Georgia Southern Theater and Performance department encourages their audience to question race through entertaining metaphors and politically-insensitive language.

“An Octoroon”, directed by theater professor Nicholas Newell, will open at the Blackbox Theatre at the Georgia Southern Center for Art & Theatre on Wednesday, Nov. 8 at 7:30 p.m.

The play takes place in nineteenth-century Lousiana and plays on several deconstructed ideas of race. It is five acts long, beginning with a prologue.

“An Octoroon” is basically a play within a play. Tyair Blackman, sophomore theater major, plays the protagonist BJJ, a black playwright named after Jacob-Jenkins. BJJ also portrays George, the hero of the story and M’Closky, the antagonist.

In the story, BJJ wants to direct Boucicault’s play, but faces some difficulties when the white actors quit. He then decides to improvise and play the characters himself.

Blackman says although he is a little nervous for opening night, he is excited to see how the audience reacts to the play.

“I’m a pretty awkward person so that plays into some of the nervousness, but I’m really excited to see the audience’s reaction to the show, particularly Act IV,” Blackman said.

According to Blackman, the cast has been rehearsing for roughly two months, with daily rehearsals leading up to performance week.

Newell says the original version of “An Octoroon” has been mostly forgotten about, mainly because of the show’s themes, which included white actors portraying black characters using blackface.

“What Jacobs-Jenkins has done with this is sort of turn it all on his head,” Newell said. “He’s had the experience of trying to adapt this melodrama and a lot of white actors dropped out because they didn’t feel comfortable doing it.”

Newell also says that for a simple play, “An Octoroon” has a lot of technical details which the cast and crew have handled well.

“A lot of it is a tad tricky, like certain props, and they’ve been working hard on it since mid-August,” Newell said. “They’ve been doing great, not only as performers, but also as students and colleagues.”

In order to fully grasp the underlying theme of the play, Newell says you have to come out and see it.

The show contains adult themes and language and is not recommended for children.