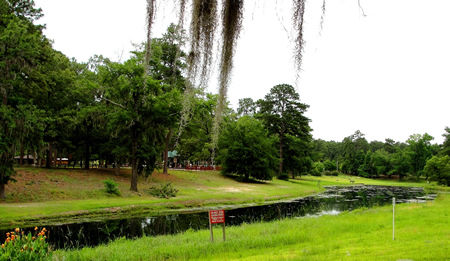 Georgia Southern University researchers are set to conduct research on aquatic life and the effect climate change could have in the Bo-Ginn National Fish Hatchery located in Magnolia Springs near Millen, Georgia.

The university recently signed a contract with the United States Fish & Wildlife Services permitting GS students and professors to use the facility for research. Much of the research conducted will be used as a potential way to identify how aquatic species will react to changes in the ecosystem in the future.

The hatchery and aquarium, set on 127-acres of land, currently serves as a “refuge for threatened and endangered aquatic species and other rare species of concern,” according to fws.gov.

The hatchery was temporarily closed in 1996, however, it was brought back to functionality after an agreement was arrived at between Georgia Department of Natural Resources and the hatchery in 2009.

According to Fish & Wildlife services, the hatchery’s springs have a flow of nearly nine million gallons a day.

“This facility has a unique and stable water source which can be vital in times of drought and other impacts including accelerating climate change,” Allan Brown, Fisheries Program Supervisor for the Service’s Southeast Region told fws.gov. “Bo Ginn NFH [national fish hatchery] can play a vital role in establishing a safe haven for imperiled, threatened and endangered fishes and other aquatic species.”

Led by Biology Associate Professor Checo Colon-Gaud, Ph.D., GS researchers plan to use this fish hatchery to conduct research that will help explain how climate change could potentially impact a species’ life-cycle in ephemeral ponds.

Ephemeral ponds are bodies of water that fill from rainfall but dry out weeks or months later and are vital habitats for many species in the southeastern U.S.

Because it is predicted that climate change could have an effect on how long ponds and other bodies of water stay full during a season, GS researchers plan to use the hatchery as a way of running controlled experiments on how this may adversely affect different species, according to GS news.

“The key question is whether animals such as amphibians and insects can complete their life cycles as ponds dry out faster or fill less predictably,” Colon-Gaud told GS news. “The hatchery gives us the ability to manipulate the duration of flooding in many ponds at once so we can measure how aquatic communities respond.”

While much of the research that will be conducted will be on the ephemeral ponds in the hatchery according to Colon-Gaud, this research may be the “key to the health of surrounding forests.”