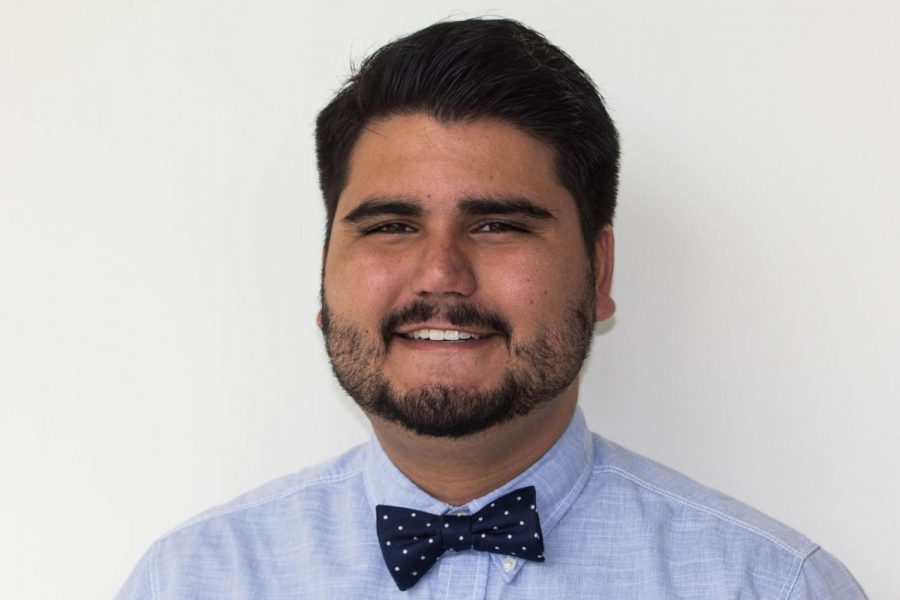 Matthew is a junior journalism major from Augusta, Ga. He is currently the news editor for The George-Anne.

Regarding the topic of racism, I’ve often heard that a person’s environment and up bringing controls their view on what is racist.

When an old man or woman say a racial slur, perhaps without meaning to be racist, some are quick to say “That’s just the way he/she was brought up. Just ignore them.”

I’m a big believer in the fact that people can change. I do believe that it isn’t easy to change but I do think that an older generation can and should refrain from using racial slurs just because it was accepted in their generation.

I recently read an article by The San Diego Union-Tribune that explored Theodor Geisel’s, Dr.Seuss, works and the current controversy of racial undertones in some of his most popular pieces and I believe that while Dr.Seuss was brought up in a time when some depictions of races were accepted and was even a part of that generation that encouraged that behavior, I think that his work that transcend his life shows that Seuss saw the error of his ways and worked to amend them. We should too.

Philip Nel, a professor at Kansas State University and one of the nations’ leading Seuss scholars said, Seuss was “racially complicated”.

Seuss was born in Springfield, Massachusetts on March 2, 1904. Growing up on of Seuss’ favorite children’s books was called The Hole Book which stereotypically depicts an African American woman talking in dialect about cutting a watermelon.

In high school Seuss acted in blackface in a production and drew a cartoon at Dartmouth negatively depicting two black boxers.

Nel wrote that these acts were considered acceptable and were “all too common” in that era.

At the beginning of World War II Seuss started working for a New York newspaper called PM. Some of his work was extremely racist such as Waiting for the signal from home, published in two months after the bombing of pearl Harbor. The image shows Japanese citizens depicted with exaggerated slanted eyes, buck teeth and waiting in line to pick TNT packages.

However, some of his work seemed to speak in a different tone such as his piece What This Country Needs Is a Good Mental Insecticide. The piece was published in 1942 and shows white American citizens waiting to be sprayed by an Uncle Sam figure. After being doused a bug, labeled “racial prejudice bug” crawls out of their ears.

Seuss’ life in his work

Many of Seuss’ works, which were at one time acceptable and perhaps funny, can be viewed as racist in recent reading.

In the 1950’s Seuss wrote If I ran the Zoo which includes stereotypical depictions of African and Asian workers. Another of Seuss’ works, Scrambled Eggs Super, depicts Arab stereotypes. More recently Seuss’ most popular piece, Cat in the Hat, is believed to be depicting the main character similar to black face cartoons.

However, during the same decade he wrote some pieces that has stood the test of time as messages of inclusion, anti-discrimination and peace. Horton Hears a Who!, is a story that Seuss dedicated to his “great friend” Mitsugi Nakamura of Kyoto, Japan and can be seen as an apology of sorts for his past racial drawings of the Japanese race. Seuss also wrote The Sneetches that can be seen as a story criticizing racial humor.

In my personal opinion, I don’t think Dr.Seuss died a racist. So, why should we?

What does this mean for us?

I believe that Dr.Seuss’ works have shown us that someone can be born and raised in a generation where racial stereotypes were acceptable but still be able to see that they currently are no longer accepted.

My question is why can’t we? Why is it that we are afraid to change when we notice that something we say isn’t right? Instead of being stuck in old ways, I say we try to learn from each other and grow together. Perhaps next time someone from an older generation says a racially obscene word in public, tell them that its not appropriate. I’m not saying yell at the person but have a conversation about why its no longer appropriate or tolerated.

I believe its our duty as a younger generation to correct these wrongs and be aware of them. It’s up to us to be an example to both the generation after us and those before us.

Dr.Seuss’ words from the The Lorax remains true with us today, “UNLESS someone like you cares a whole awful lot, nothing is going to get better. It’s not.”