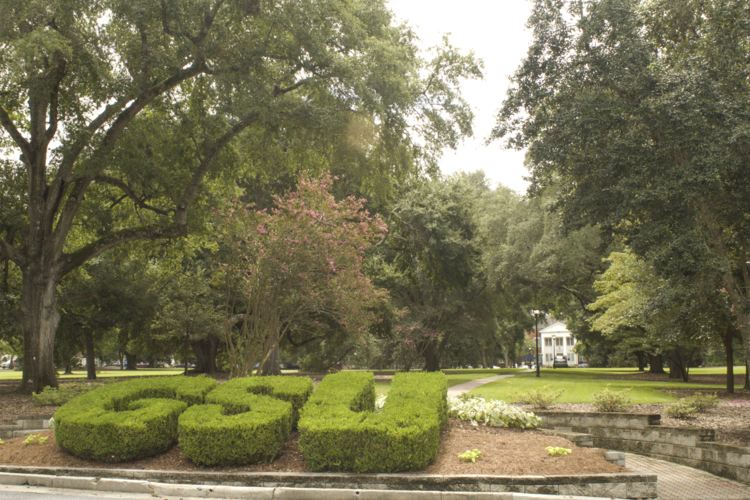 Consolidation between GS and ASU was announced by University System of Georgia in January of 2017. The two universities are expected to complete consolidation by January of the following year, 2018.

Katherine Thomas, Ph.D., School of Health and Kinesiology chairperson, is relinquishing her position on June 30, 2018.

Thomas, who became the school’s chair a year ago, has decided to open up about her decision to leave.

This decision, she says, is mainly due to Georgia Southern University’s ongoing consolidation with Armstrong State University.

Q: Will you detail your job duties as the chairwoman of the School of Health and Kinesiology?

A: “Chairs are responsible for scheduling and assigning classes, managing a budget, evaluation of faculty and staff and completing reports.

In addition, we handle many immediate questions and requests, work with problems and/or appeal for students, faculty and staff. Chairs also recruit, select and encourage faculty.

This is similar across units, although sometimes the work is shared, for example, with assistant chairs.”

Q: You previously worked at the University of North Texas. Why did you choose to come to Georgia Southern?

A: “Previous to Georgia Southern, I was at the University of North Texas, Iowa State, Arizona State and Southern University in Baton Rouge. I was a trailing spouse, meaning I followed my husband as he found each new challenging and rewarding position.

He retired as dean at North Texas and I was not ready to retire. I thought I had skills and experience that would be a good fit for a chair’s position. I was interested in the challenge, program and faculty development, leadership development and long-range planning.

Georgia Southern has a strong academic reputation and has been recognized for excellence in undergraduate education. A fellow doctoral student is a Georgia Southern graduate who spoke highly of the university as did other professional colleagues.

The position was advertised and seemed interesting to me as it had the right mix of tradition, excellence and potential for growth. In addition, the smaller community was attractive to me.”

Q: You became chair of the School of Health and Kinesiology in 2016, and now a year later, you’re deciding to relinquish your position because of the consolidation process. Why?

Chairs are in the position of championing their faculty and programs while mediating the mission, policy and procedures of the university, both challenging and at times stressful.

Chairs make 80 percent of the decisions at a university. Knowing this, I committed to five years at Georgia Southern, stating that I would retire at five years or even earlier if the situation warranted.

(c) One year for them to find my replacement while I managed things.

No one knew when I was offered the position in 2016 that the consolidation was imminent. It was simply a matter of timing.

At the six month mark as chair, the consolidation was announced and was rather exciting.

I continue to think that, in the long term, this will be good for both universities, but there will be challenges.

The consolidation quickly became a distraction that stifled much of our SHK work. A year passed and it was clear that a second year would be devoted to consolidation and longer.

Clearly, this was not consistent with a five-year plan! Further, there have been moments when I was unable to champion our faculty effectively, which was frustrating.

My weaknesses include dealing with issues rather than putting them off, the will to accomplish by finishing tasks and plans and holding integrity as precious.

Predictably, this was problematic during the consolidation.

I recognize there are those who stand in the middle ground with patience.

Q: A Statesboro Herald story mentions that you have an issue with the commuting requirement the consolidation would place on you. Will you tell me a little more about why distance is an important determining factor for your employment?

A: “I believe what I said was the commute confirmed my decision [to leave]. Just before the deadline to apply, approximately three hours, it was announced that the chair’s office would be on the Armstrong campus in Savannah.

The expectation was that the chair be on that campus three to five days each week indefinitely. The average would be four days, one hour each way commute, totaling eight hours on average each week spent driving.

The work requires 40 or more hours. To maintain scholarship, more toward 50 hours. In previous positions, I have had to commute. This is not something I enjoyed.

Georgia Southern has a beautiful campus and is located in a small town. No commute necessary. When we recruit new faculty, we sell GS on those and other facts. We want to be certain this situation is what they want!”

Q: Where you will go from here and what will you do there?

A: “I have no firm plans. If I wanted to continue to work, I have options, as headhunters (the good kind) have already contacted me about other positions.”

Q: Is there anything you’d like to say to your fellow faculty and staff at the School of Health and Kinesiology?

A: “You do good work. You are good people. Help each other. Continue to put students, programs and the university ahead of self. I wish you the best. This will be okay.”

Q: Is there anything you’d like to say to the students at the SHK?

A: “Students are facing greater challenges than my generation faced. You are also better prepared to meet those challenges. Squeeze every bit of learning from your education.

I trust you with our future. You are beautiful, hardworking and smart. I am eager to see what you do with our world!”