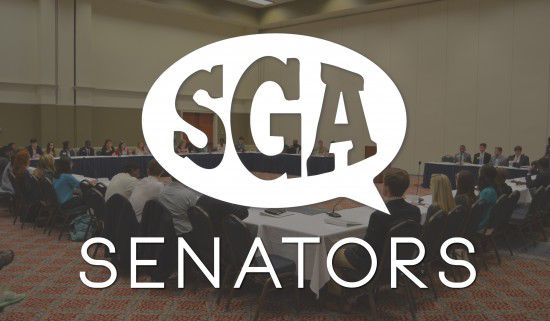 Student Government Association Senators are currently working on over 45 senator projects for this year.

SGA President Dylan John said this increase from five to six projects a year to placing all 45 Senators on individual projects is largely due to a change in the framework of how SGA is run and the inclusion of the SGA Vision 20/20 project.

“There’s a reason why there are projects,” Lassig said. “They stemmed from things we saw that weren’t really working… so [Dylan John] has had a lot of time to kind of mold SGA into something that can be really sustainable.”

The current SGA administration believes that senators picking their own projects is crucial to the success of the organization, randomly assigning senators project will not have as effective of an outcome, said Lassig.

“Basically, what I tell senators is to pick something that you are passionate about and will put work and effort into and will be proud to talk about,” she said.

The event, organized by SGA Senator Isabelle Thomas, will host speakers Dean of Students Patrice Jackson and Cindy Breshears, Chief Transformational Officer at Bluewolf and IBM Company. Both will share their experiences in the workforce from a woman’s perspective, said Lassig.

The biggest SGA event overall according to Lassig, is the first annual SGA week. The week will have a different name every year, this year’s being “Issa Week.”

It will begin on Nov. 6 and run for the entirety of the week. A different event will be scheduled every day to represent individual senators and their projects.

An ongoing project called “Crossing the Fence,” will be SGA’s attempt to spread its presence on campus, said to Lassig.

According to Lassig, SGA intends to spread their presence from the area of campus that SGA feels they have the most coverage, all the way to where their coverage is lacking which Lassig said is from lakeside on, ending near the RAC.

“Crossing the Fence,” will be partnering with other senator projects, in order to expand their reach.

“Every senators project, even if it’s an event, will continue throughout the year,” Lassig said, ” A good 50 percent of [senators] projects is the sustainability of it, making sure that it can last into next year.”