Monday (noun): The Second Day of the Week 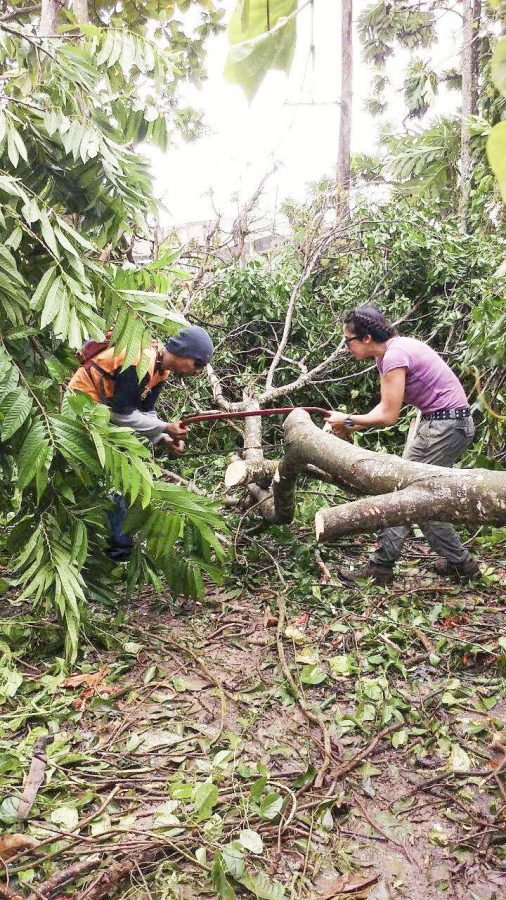 Ariel Guggino and one of her cousins saw a downed tree into sections so that they can remove it in Fajardo, Puerto Rico.

Congratulations, you’ve lived to see another Monday. Yay for you! I have some fantastic news: If you can make it through this Monday, you officially have only SIX Mondays left in the semester (excluding the glorious Thanksgiving break). So you should smile.

This Monday just so happens to double as Dictionary Day and the birth date of Noah Webster. He accomplished a great deal in his lifetime, but most notably founded the uber-successful Merriam-Webster dictionary. It was first titled An American Dictionary of the English Language to help differentiate American language and spelling from the British.

Fortunately, the contents of the dictionary are not set in stone; it is continually changing and updating. The millennial generation has made quite the impact on Webster’s brainchild and I’ve listed a few terms we’ve paved the way for. They have officially been slated in the dictionary as a true, dignified, Scrabble-worthy word.

the collective thoughts, ideas, and opinions of a group of people (such as Internet users) regarded as functioning together as a single mind

to make a seemingly modest, self-critical, or casual statement or reference that is meant to draw attention to one’s admirable or impressive qualities or achievements

Fun Fact: It is believed by many that the late Harris Wittles, modern day comedian and writer for Parks and Recreation, coined this phrase.