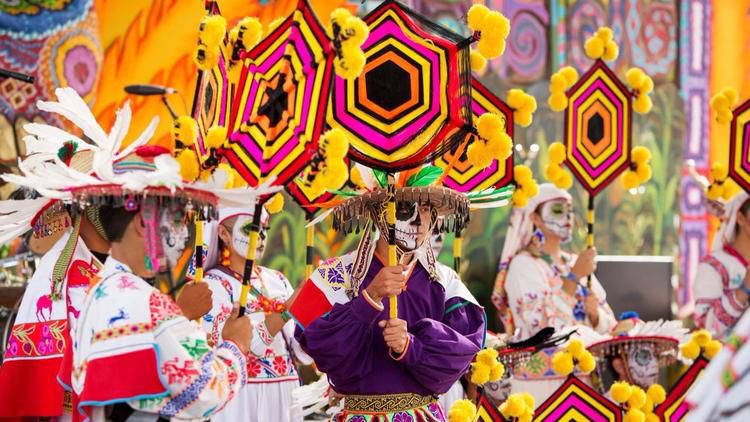 Día de los Muertos is a lively and colorful tradition celebrated in Mexican cultures. Participants can be seen celebrating by dressing as calacas (skeletons) and honoring the lives of loved ones who have passed. Photo courtesy of www.latimes.com.

The Georgia Southern Betas, Georgia Southern Gammas and the Association of Latin American Students at GSU will host a Día de Muertos (Day of the Dead) celebration at the Russell Union on Wednesday, Nov. 1 from 6 p.m. to 7:30 p.m.

According to the event’s Facebook page, the celebration will include face paint, arts and crafts, altars, delicious treats, a photo booth, a Spanish and English “For Loved Ones” banner and music.

Día de los Muertos is a lively and colorful tradition celebrated in Mexican cultures to celebrate the lives of loved ones who have passed, according the event’s Facebook page. This tradition has been celebrated by many other cultures internationally, especially those of Hispanic populations.

According to National Geographic, instead of sadness and grieving, Día de Los Muertos honors the dead with parties and activities that the dead enjoyed in their life such as food, drinks, music and dancing.

The event hopes to not only introduce people to the tradition in celebration and remembrance, but also educate others on the diversity that has resulted in the continued participation in such a tradition.