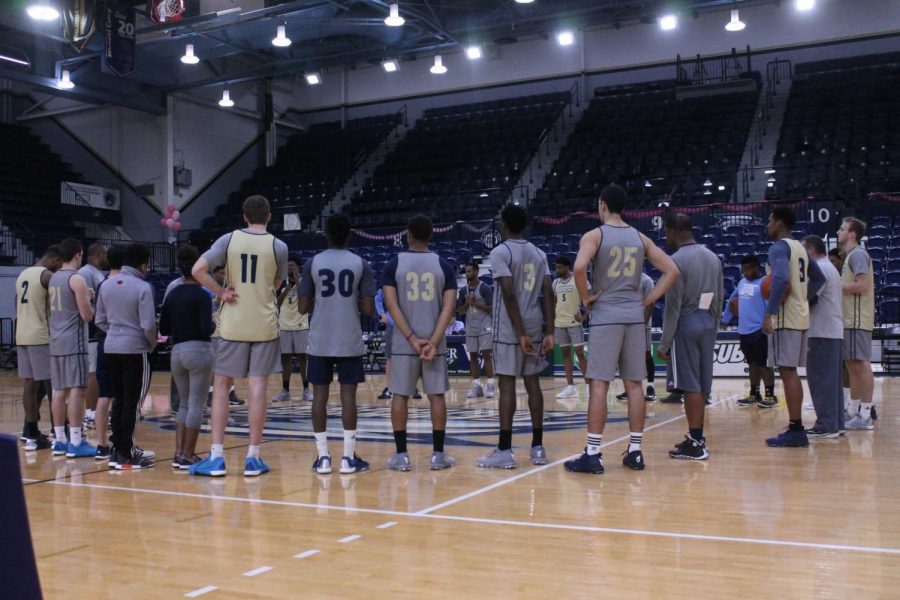 Guards Ike Smith and Tookie Brown will be back for their junior campaigns after being first and second in the conference in scoring, respectively, in 2016-2017. Last season, the team played in a postseason tournament for the first time since 2006.

On Monday, GS sent a press release to media detailing highlights of the schedule and touting its difficulty.

The schedule includes three non-conference games against teams that won 20 or more games last season, including two games against Cal. State Bakersfield, which made the N.I.T. semifinals last season and finished the year 25-10.

Those games are preceded by an exhibition contest against Georgia College in Hanner Fieldhouse on Nov. 1.

The team will also compete in the Gulf Coast Showcase over the week of Thanksgiving in Estero, Fla. Other notable non-conference games include matchups at Bradley, George Mason and East Tennessee State.

The Eagles will not begin Sun Belt play until well after the fall semester, starting Dec. 29 with a matchup on the road at Troy. The Trojans were the only Sun Belt team to make the NCAA Tournament – as a No. 15 seed – after they won the conference tournament last season.

The first two home conference games are slated on Jan. 4 and Jan. 6, 2018 against Arkansas State and Little Rock. Classes for the spring semester do not begin until Jan. 8.

Three GS home games toward the end of the regular season could potentially factor in to the final Sun Belt standings. These are the matchups with Georgia State in February and South Alabama and Troy on March 1 and 3, respectively.

The Georgia State game at Hanner Fieldhouse will air on ESPN2 on Friday, Feb. 16 at 9 p.m.