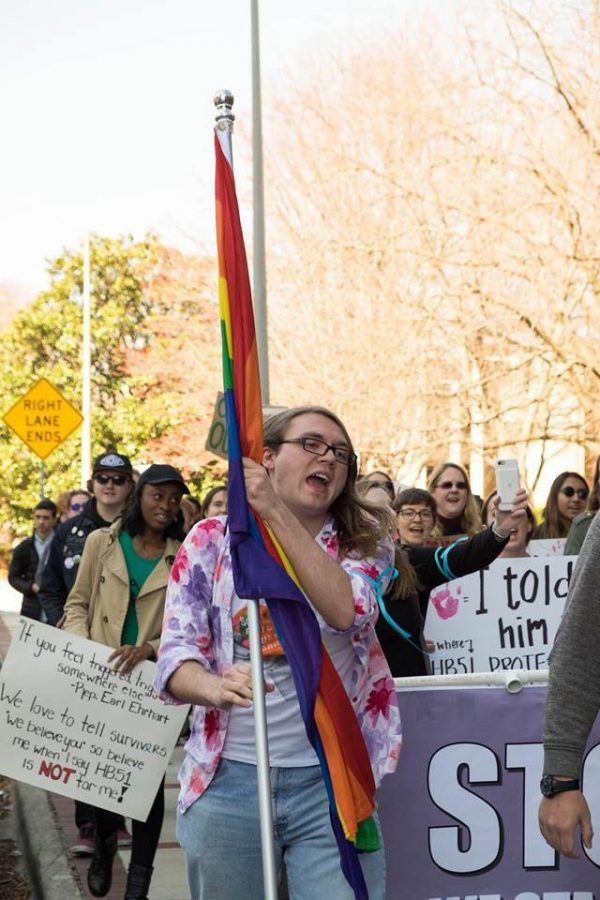 Image courtesy of "In Honor of Schultz" Facebook page.

Two Georgia Southern University students have agreed to share their opposing views on the recent Georgia Tech police shooting that occurred on Sept. 17.

A GT campus police officer shot and killed GT student and Pride Alliance president, Scout Schultz, who was believed to be holding a knife and yelling “shoot me,” according to an article by The New York Times. Schultz later died in a local hospital from a single gunshot wound.

Was the shooting unnecessary and could it have been prevented?

Andrew Wiggins, president of the Gay-Straight Alliance at GS, said on Wednesday that he thinks the shooting was preventable and that lack of police training is partially to blame.

“I think the issue lies in the way the situation was handled and the cops not really being trained to deal with mental health problems,” Wiggins said.

He said the shot to Schultz’s chest was uncalled for, adding that if shooting Schultz was necessary, police could have fired a non-fatal shot, perhaps into Schultz’s leg or arm.

Wiggins said that he thinks Schultz’s sexuality did not play a part in the incident.

“I do not believe that the shooting was related to Scout being a part of the LGBTQ+ community, though it is a terrible loss for our community, because there is no possible way a person could be able to tell that [Scout is] a part of the community,” Wiggins said.

Wiggins also said that he doesn’t support the violent protests that erupted afterward, which resulted in a police car being set on fire.

Was it Schultz’s fault?

David Fisher, junior I.T. major at GS, said he thinks Schultz is to blame for the outcome of the incident.

“I think based on the information the police had and the situation they were presented with, they acted as best as they could,” Fisher said. “All they knew was that an armed individual was brandishing what they’d been told was a weapon, and [they] were forced to react accordingly when the suspect made a sudden, rapid advance towards them.”

When asked about the possibility of police firing a non-fatal shot at Schultz, instead of one directly into Schultz’s chest, Fisher said this tactic would have been unreasonable.

“I think Hollywood has skewed people’s minds as to what is actually possible and reasonable,” he said. “When police officers fire a weapon, they’re doing so knowing that their shot could be lethal; however, they also fire with the intent to stop whoever it is they’re shooting at, so they fire at the center of mass, the chest, to increase odds of a successful fire.”

Fisher added that shooting at Schultz’s arm or leg would have decreased the likelihood of a direct shot. He said the non-fatal course of action would have put police at even more risk.

On the topic of sexuality, Fisher said that he doesn’t necessarily think Schultz’s sexual orientation played a part in the incident.

“If his sexuality had anything to do with the incident, it would’ve been its effect on his mental health, or more specifically, his depression,” Fisher said. “I’ve read multiple studies detailing the correlation between the rise in popularity of LGBTQ and the overall average decline in mental health among members of the same community.”