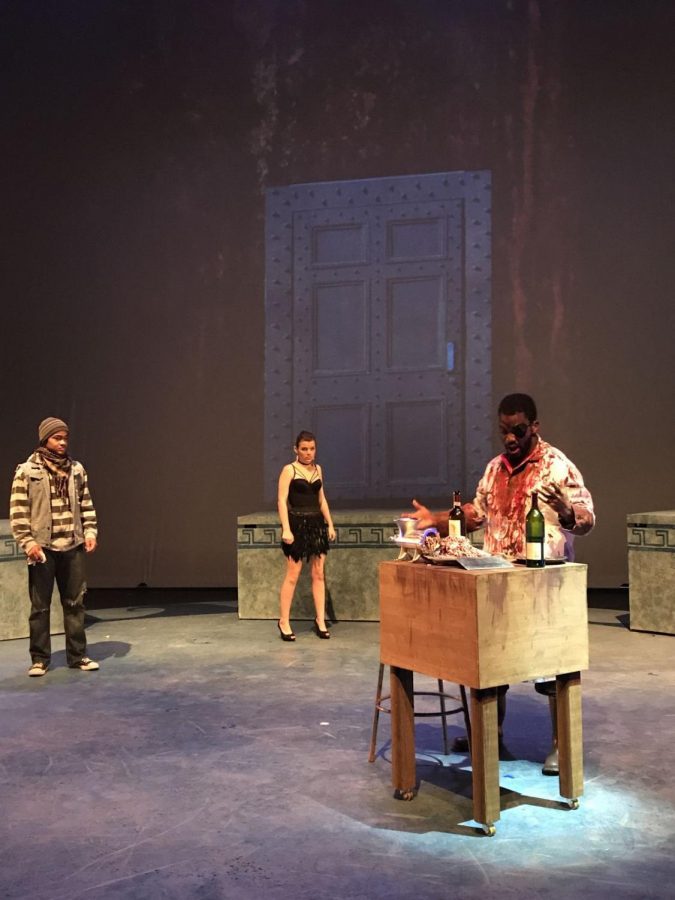 Students from the Theatre and Performance Arts Program are in preparation of performing several student written and directed plays.

The theatre and performance program offers students the opportunity to direct, write and act out their own pieces.

“They [professors] are very hands-on, our professors pretty much lets us loose, obviously with some direction,” Ferguson-Salin said.

The program has evolved over the years according to Senior theatre major, and director of The Makeup Artist, Kathyrn Burrell.

“It kind of comes in waves. when you get new groups of people in, they come in with new expectations and different ideas. It’s a very evolving culture”, Burrell said.

Professors from the program allow their students to put their own personality into the plays they create. Burrell was able to add her own strong feminine flare to her play The Makeup Artist, which is scheduled to open Oct. 13 in the Black Box theater of the arts building.

The Theater and Performance Arts program offers amateur directors and actors work experience to add to their resumes.

Acting and directing professor Lisa Abbott, says many of the professors come from a professional background.

“We try to maintain professional standards and professional quality expectations in rehearsals so we try to run them, as if they were working for a regional theater company,” Abbott said.

Abbott says the key to being an effective actor is learning to integrate your mind, your voice, and your body.

Faculty from the program refer to the Main stage productions as their “laboratories.” Essentially the main stage is where many of the students receive their hands on training.

The theater and Performance Arts program gives its students the ability to explore all avenues of the theater world.

“Actors are required to go into the shop, which means they help the shop people build the set. You also can volunteer to help in the costume shop. They give you all these avenues to not just act,” Ferguson-Salin said.

Theater South is a student organization that accepts members from different majors. The group offers workshops to help sharpen your auditioning and acting skills.

It is a busy year for the Theater and Performance arts program. The following shows will be are set to run.

All shows are scheduled to run at 7:30 p.m. In the Black Box Theater of the Arts Building. Sunday shows will run at 2:00 p.m.