Hurricane Harvey expected to drive up gas prices across the nation 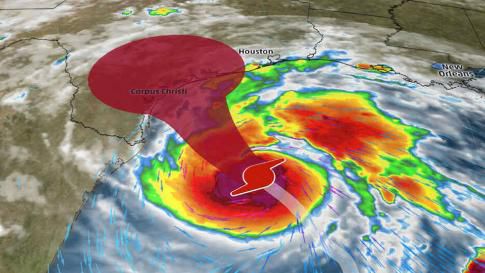 Hurricane Harvey, a Category 3 storm expected to hit Texas late tonight or early tomorrow morning, and it is expected tp drive up gas prices for the south and much of the country.

According to a GasBuddy press release, many oil refineries in Texas are shutting down due to the storm, causing wholesale gas prices to jump almost 10 cents per gallon across the nation with the largest spikes in prices happening in the Gulf of Mexico.

Due to potential changing trajectories of the storm, exact changes in gas prices cannot be predicted. However, in a worst-case scenario situation, refining hubs in Houston would be severely damaged, causing what would be a short-term problem to be more significant in the long term.

Currently, the changes in gas prices are expected to only last for one to two weeks, however these changes could last longer, according to a press release.

Patrick DeHaan, senior petroleum analyst at GasBuddy, said in a press release, “While the picture continues to change, one thing is nearly guaranteed: gasoline prices in every state will be impacted to varying degrees over the next 1-2 weeks, possibly longer, so buckle up and be ready.”

While it is unclear to what degree gas prices will change in Statesboro, some effects should be expected.

A gasoline availability tracker can be found here.