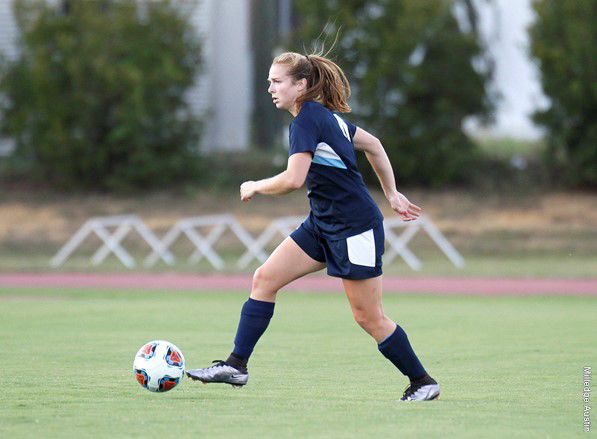 After the football team got snubbed as far as selections to the preseason All-Sun Belt team, both the men’s and women’s soccer teams made up for it.

For the women’s team, senior midfielder Sarah Price was the lone selection for the Eagles, but it was a well-earned honor. Last season, the forward/midfielder led the team in goals (8) points (18), shots (31) and game-winners (3) during a subpar season for the team.

Price’s stats last season were not only good for Georgia Southern but also throughout the Sun Belt as she finished top three in goals, goals per game, points, points per game and game-winning goals. With not much talent surrounding her, Sarah Price is expected to have an impressive senior campaign.

During last year’s regular season championship run, Wilson picked up eight goals, two assists and 23 shots on goal which earned him first team all-conference honors. Expect Wilson to keep this clutch offensive play up in his final year with the Eagles.

Laursen is coming off a record year, which ended with him earning Sun Belt defensive player of the year. He will have more pressure on his shoulders this season. The junior from Silkeborg, Denmark was a vital piece to the young Eagles defense from last season which led Laursen to playing all 90 minutes in 10 different matches.

But he isn’t just a stout, strong defensive player. Laursen led the team in game-winning goals last season with three. An all-around great player, Emil Laursen could be Georgia Southern’s first ever conference player of the year.

All three selections to the preseason team are very exciting, if somewhat unsurprising. Eagle fans will soon find out if the hype translates to the pitch.