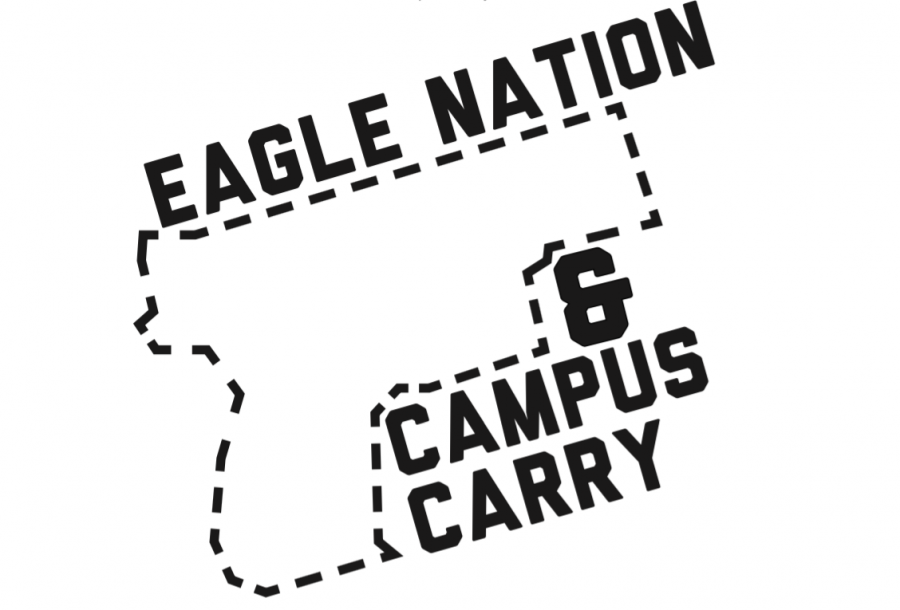 People with concealed carry permits are now legally able to carry their handguns onto most areas of Georgia Southern University’s campus as of July.

Governor Nathan Deal signed the campus carry bill, also known as House Bill 280, into law back in May 2017.

It went into effect July 1 and allows for anyone 21 and older who has a concealed carry permit to legally carry a concealed weapon on a college campus.

Permit holders who want to carry on campus must pass a comprehensive criminal history record and background check.

The law does restrict where permit holders can carry a concealed weapon on campus.

What is Concealed Carry?

Georgia law defines concealed carry as “carried in such a fashion that does not actively solicit the attention of others and is not prominently, openly, and intentionally displayed except for purposes of defense of self or others.”

In layman’s terms this means as long as a licensed carrier is not displaying their weapon or purposely drawing attention to it, they are protected by the law.

Further, if the fireman is covered by an article of clothing or secured in a backpack, purse or a similar item then it is considered to be concealed.

Violations of the Bill

According to HB 280, any license holder in violation of the law shall be guilty of a misdemeanor unless it is a first offense whereas the license holder will be fined $25 and not be sentenced to serve any term confinement.

Any person who is not a license holder will be guilty of a felony. They can be fined up to $10,000 and sentenced to a term ranging from two to 10 years, or both.

“It is the responsibility of the licensed carry holder to know when, where and how they may carry a concealed weapon on campus,” GS Chief of Public Safety Laura McCullough said.

GS Reacts to the Law

Amy Luna, Ph.D., GS director of psychology clinic, expressed concern that no kind of mental health facility is mentioned as a restricted area for campus carry.

“Most people the clinic works with are not violent,” Luna said. “It concerned me how we might have to work around the new legislation at the psychology clinic to make sure that everyone is safe.”

According to the National Center for Injury Prevention and Control, suicide is the second leading cause of death among the 15-24 age group.

“Easier access to weapons, knowing a friend that has one, knowing that someone may be keeping one in their car, I don’t want to see the rate of suicides increase,” Luna added.

The campus carry law will also impact GS athletic events. HB 280 allows license-holders to carry in tailgating areas like the one outside of Paulson Stadium but prohibits people to carry inside of athletic facilities.

“From my standpoint, obviously we’ll have to be a little more vigilant, but me personally, it doesn’t affect how we go forward. I’m of the opinion that if somebody is going to do something, that they’ll do something anyways, whether the law is there or not, and we’ll do what we’ve always done,” Nicholas Scull, director of GS Athletic Facilities, said.

Because of the law, ARGUS staff and security will have to be more vigilant, since more people may come to the gates with guns. Police will be notified if the security sees someone accidental carrying, and that person will be told they are not allowed into the stadium unless they take their gun back to their car or apartment, Scull said.

As well, GS Athletics has instituted a clear bag policy for people entering their athletic facilities.

“We instituted it to make entering safer and faster for fans. Fans will be stopped and searched quicker…[campus carry] brought the policy on sooner because with this law being there,” Scull said.

People on GS’s campus expressed a variety of opinions about how they think the new law will impact campus.

“I feel like if we go through the right procedures, [campus carry] will make campus safer, but I feel like there should be stricter gun carrying laws because we do have so many mental health people that do get their hands on [firearms],” Lauren Melbourne, freshman biology major, said.

Chipper Smith, freshman civil engineering major, based his opinion on his observation of many people in the South owning firearms.

“If you’ve grown up with it, you typically know what you’re doing. If you feel like you need to carry something on campus, and you’re 21 years old and you grew up with it, I think it’s alright,” Smith said.

Kayla Homely, sophomore communications major, thought that, even though she does not support the new law, many people do.

“So if you go up [and say something to a licensed carrier], you’re not just messing with someone’s legal beliefs, you’re messing with their fundamental beliefs. So if they feel that’s their right to do that, and it within the law, if they feel that way and you tried to stop them, then it could just cause more problems,” Homely said.

“If the idea is to keep people safe, it’s better to not have weapons at all, in the sense that, if somebody can bring a weapon and have it concealed on them, I feel like that could just lead to something more dangerous,” Kimberlyn Daniel, sophomore marketing major, said.

Daniel expressed concern about people on campus using the campus carry law as a justification for brandishing their firearms, and Homely seconded that concern.

“A lot of them [people who want to carry] are like ‘Oh that [the law] means I can carry a weapon.’ But it doesn’t just mean you can carry a weapon,” Homely added. “I think people need to understand the extent of the law when it comes to that.”

How you can learn more

There are specific measures that both licensed carry holders and those who do not carry can take to better understand the campus carry law.

Students can check which of their classes they are allowed to carry in by going to the MyGeorgiaSouthern home page and clicking on campus carry information under the campus life section. On this page, students will see all the classes they are enrolled in and whether or not a high school student is enrolled in that class, the GS Office of the Registrar said.

If a class has “no” next to it a student is allowed to carry a concealed weapon into it, but if it has a “yes” next to it, students are prohibited from carrying a concealed firearm.

As well, they can take advantage of the different firearms programs that the Shooting Sports Education Center offers. More information about those programs is available here.

Students, faculty or staff who do not carry and want to learn more about the campus carry law can find more information, click here. Those who want more information may email their questions tocampuscarry@georgiasouthern.edu.

“If any students, faculty or staff want to have someone come speak with them concerning Campus Carry, they may contact me via email to request a time. I have already begun conducting small group sessions for members of the Georgia Southern campus and will be glad accommodate other requests,” GS Chief of Police Laura McCullough said.

The chief may be contacted at lmccullough@georgiasouthern.edu.