The George-Anne Media Group • May 24, 2017 • https://thegeorgeanne.com/5338/news/ymca-of-statesboro-begins-construction/ 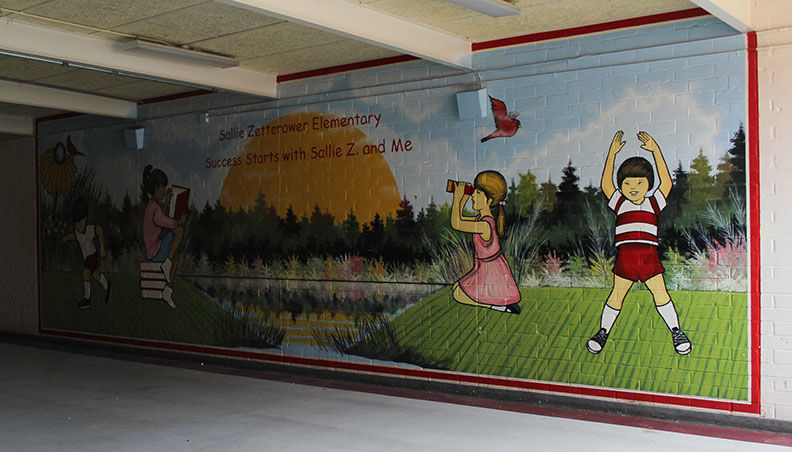 While summer vacation has already started for many people, YMCA of Coastal Georgia personnel and volunteers have been working to prepare the YMCA’s Statesboro property for construction.

The YMCA of Coastal Georgia leased the property, located off of East Jones Avenue, for the Statesboro Family YMCA in September 2016. The land previously hosted Sallie Zetterower Elementary School for 56 years before the school moved to its Cawana Avenue location in January 2011.

These tasks included moving desks in one hallway to a single room, picking up trash and trimming grass and shrubs outside. As well, the volunteers had to decide what to do with miscellaneous items left behind in rooms.

“When the district left, they literally left everything. We found the nurse’s station upstairs, with bags of medication. And the rooms over there, the classrooms, they still have televisions hanging up on the walls…no flat screens, just the old models, a lot of things,” Joel Smoker, CEO of the YMCA of Coastal Georgia, said.

Additionally, several volunteers worked to move wall air conditioning units from the former round building into the cafeteria. That building was demolished to make way for future parking space.

After the YMCA volunteers finish cleaning up the Statesboro property, Smoker expects the second phase, the construction of the fitness center and aerobic area, to begin in June.

“When we open the building, that’ll be our fitness center area, the gym,” Smoker said. “We’ll have a wing of classrooms down the front, and then add on a fitness center and aerobic room toward those oak trees, and then turn the gym back into a basketball gym or court.”

The estimated costs for the second phase of the YMCA project are approximately $2,500,000. The timeline of this phase will be contingent on the YMCA of Coastal Georgia’s fundraising efforts.

Additionally, the classrooms in the same building as the gym will be used as childcare areas. The classrooms diagonally across from the gym complex will be converted into studios for classes such as yoga, CrossFit and kickboxing.

Smoker hopes that with time and some financial support from the community, the YMCA can convert the classrooms closer to the cafeteria into a teen and work preparedness area complete with computer labs and possibly collaborations with local colleges.

“As we did our market studies and our community studies up here, like most communities, teens and work preparedness were two real needs that people vocalized through the surveys,” Smoker added.

Currently, Smoker estimates that the Statesboro YMCA facility will open in the latter half of September 2017.