A Week of Opportunities for GS Baseball 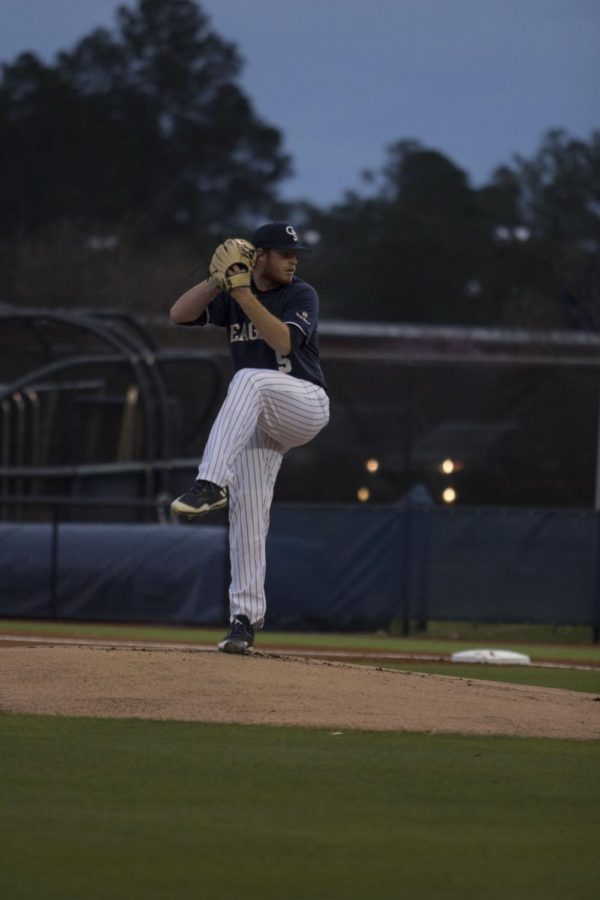 After taking two out of three games to win a road series against Troy this past weekend, the Georgia Southern baseball team will return to J.I. Clements Stadium this week for a four-game home stand.

On Tuesday, at 6 p.m., Kennesaw State will come to Statesboro with the Eagles seeking their third consecutive home victory. Kennesaw comes into the game at 15-17 overall, while the Eagles are 20-12 and 7-5 in the conference.

Kennesaw junior outfielder Taylor Allum has hit 11 home runs so far this season, four more than any Eagle. He comes into the game with a whopping .717 slugging percentage. Junior infielder Austin Upshaw is another hitter to watch out for on the Owls, as he has hit 10 doubles this season and is one of seven players on Kennesaw’s roster currently batting over .300.

Tuesday’s game provides an out-of-conference foe to prepare for the Eagles’ late-week series against conference bottom-dweller and perennial arch-rival Appalachian State. GS is still looking up at South Alabama (9-3) and Coastal Carolina (8-3-1) in the Sun Belt Conference East Division standings.

Appalachian State currently sits second-to-last in the Sun Belt East Division with a 3-9 conference record. They have one player – senior infielder Matt Vernon, hitting over .300 – while the Eagles have five.

In terms of batting average, the Mountaineers (.225) are the worst hitting team in the entire conference, while the Eagles (.291) are the third best behind South Alabama (.301) and Texas State (.298).

The four upcoming home games against seemingly lesser opponents give Georgia Southern a chance to gain ground in the conference standings and build momentum entering the last month or so of the season. The Kennesaw game and App. State series fall during the same week as Coastal Carolina and South Alabama play each other in a three-game series, ensuring one of the conference leaders will lose and open the door for Georgia Southern to move up the Sun Belt East Division standings.

Game one against Appalachian State is Thursday at 6:30 p.m., game two Friday at the same time, and game 3 is Saturday at 1 p.m. All of the games will be played at J.I. Clements Stadium and broadcast on the Georgia Southern Sports Radio Network and available for live streaming online.