‘It’s On Us’: Obama’s fresh take on an all-too-familiar issue 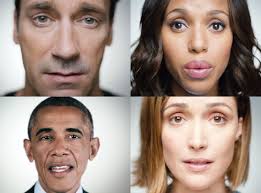 “It’s On Us”, the newest sexual assault initiative, is rapidly picking up speed. Launched by President Obama, the White House campaign aims to help end sexual assault on college campuses.

“An estimated one in five women has been sexually assaulted during her college years – one in five,” the President said. “Of those assaults, only 12 percent are reported, and of those reported assaults, only a fraction of the offenders are punished.”

The awareness campaign, aimed at campuses throughout the nation, implores all men and women across America to personally commit to taking a stance.

This, however, is not the first sexual assault activism led by the White House in recent months. In January of 2014, President Obama introduced a similar campaign, “Not Alone: Together against sexual assault.” If that doesn’t ring a bell, there may be some reasons why.

While both initiatives share certain commonalities, there are definite crucial differences that have set the two apart. First – and perhaps most obvious – is the campaign’s PSA video. It’s not a new concept: entertainers, athletes, advocates, and government officials, all completing each others sentences or repeating the campaign slogan as acoustic piano chords play in the background. The video for “It’s On Us” is just as typical, featuring Kerry Washington, Joel McHale, Jon Hamm, Questlove, Obama, and Biden as they repeat the phrase “It’s on us.” Trite though they may be, PSA videos do garner the attention of mass audiences.  “Not Alone” had no PSA.

The campaign website for “Not Alone” pales in comparison as well. Its plain white background and thin red font are far less intriguing than the aesthetics of “It’s On Us.” , whose homepage boasts a black background and a singular image in the center. Iconic brands and logos fade in and out intermittently with shots of the celebs seen in the PSA, all framed within the word “Us”. The site then directs users to the pledge, spelled out in four crisp, clean bullets. One more click allows users to take the pledge and instantly generates the option to turn their own profile photo into an ad campaign to share on social media – yet another feat of marketing genius.

Few people would balk at the idea of social change – or, at the very least, awareness – via online efforts, but the White House is proving it truly is possible.

“It is on all of us to reject the quiet tolerance of sexual assault and to refuse to accept what’s unacceptable,” the President said.