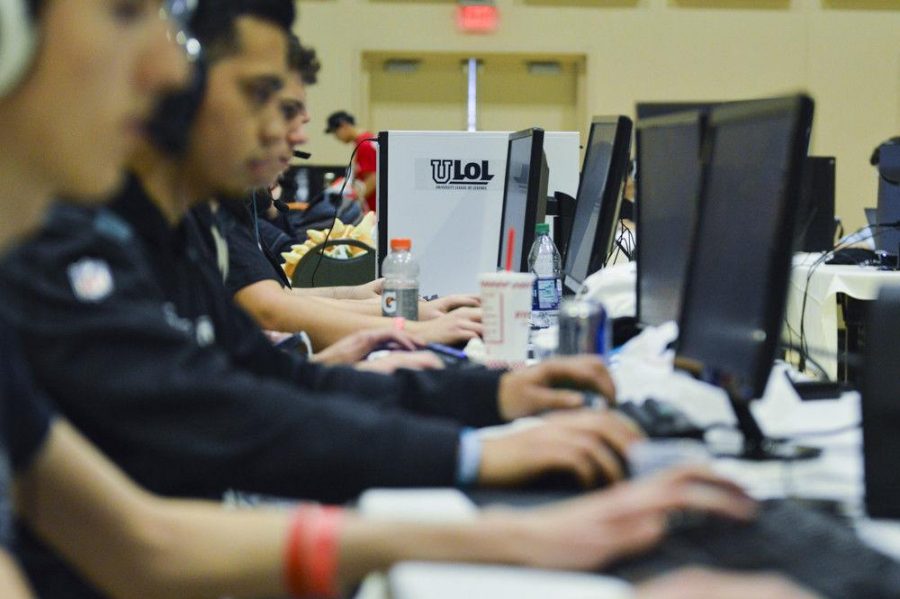 In honor of the late Willie J. Burden, Southern Collegiate Gaming (SCG) has partnered with sports management students in order to host the second annual video game tournament to raise money for a scholarship in his name.

Over forty people ranging from SCG members to sports management students to professors have come together to plan this event and have spent the last semester making sure everything will go smoothly.

“Doctor Willie J. Burden was a very influential mentor and coach to students. We do this tournament in his memory to preserve the legacy he left, because of the lives he touched,” said Austin Terrell, junior computer engineering major and student president of Southern Collegiate Gaming.

The scholarship will help to fund the education of a student who wants to pursue a sports management degree through the College of Health and Human Sciences.

“When people leave the tournament I hope they leave knowing that they helped build a scholarship for someone who needs it in the future,” Patrick McGuire, senior sports management major, said.

All proceeds earned through entry fees, activities, and auctions will go to the scholarship fund.

The tournament is open to anyone who is interested in attending and it only has a $10 entry fee for the first tournament and then it is $5 for each additional tournament entry. The games being played will be Super Smash Bros., Street Fighter IV, Madden 17, NBA 2k17 and FIFA 17 and each game will have its own tournament consisting of brackets and prizes.

Newsome stated that the eSports industry was just appraised as a billion dollar industry and he believes the University should be more adamant about reaching out to that demographic to get them involved in the community.

What Makes This Event Different

The games however are not the only way that the event is raising money as they will also be having a silent auction, a bake sale, raffles and other potential activities. Some of the prizes that can be won are a gaming backpack and a Braswells gift basket which is valued at $100.

The silent auction will include more than just gaming items and will offer other items such as Georgia Southern apparel. One item being put up for auction is a jersey that was worn in the game where Georgia Southern beat Florida.

How To Get Involved

The event is being held on April 21 and 22 in the Hollis building and will begin at 4 p.m. – 9:30 p.m. on Friday and 10 a.m. to 6 p.m. on Saturday. The entire second floor of the Hollis building will be used for the gaming events and the bake sale and raffle activities will be going on in the lobby.

They will also have the bake sale items for sale all day in the Union at the concession stand and all day at ArtsFest, a benefit livestream on twitch at the link twitch.tv/SCG_GSU and one of the items that they will be auctioning off will be a classic Nintendo Entertainment System console.

They are expecting a turnout of over 150 people including participants, volunteers and other supporters. They have more activities and prizes this year.

Newsome said, “Come out, have fun and make a difference while doing it.”