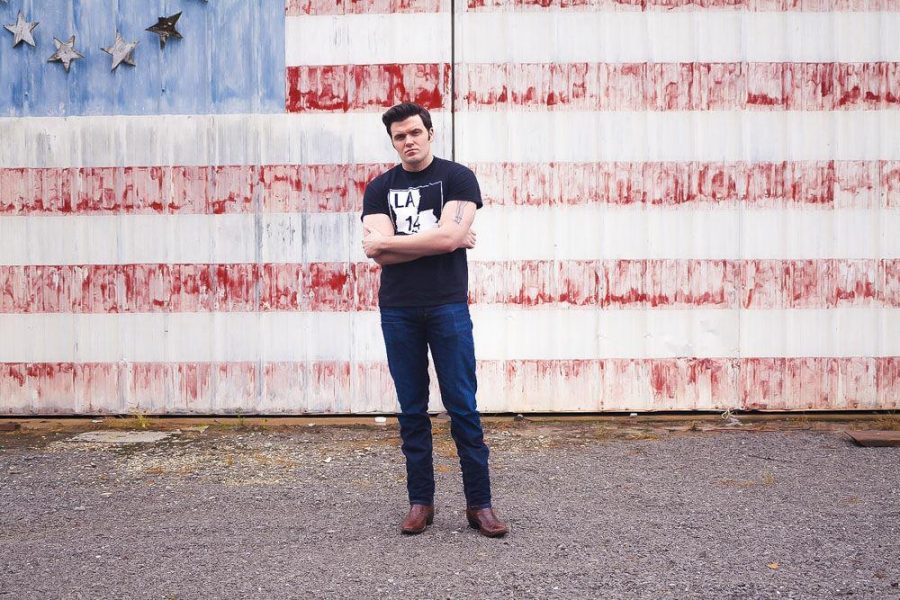 Many of his songs have their roots in his stomping grounds throughout southern Louisiana.

He heard several of the stories behind his songs from his father’s Cajun side of the family.

Some of the stories he heard told of dramatic events, some that happened before he was even born.

Rod Melancon, a solo artist from Wright, Louisiana, has infused local surroundings, family lore and other stories into his third album, “Southern Gothic”.

Melancon is touring in support of the album and will play Statesboro this Friday, April 14, at Dingus Magee’s Restaurant.

“Southern Gothic” can best be described as a blend of the folk, rock and country music genres.

Melancon chose to name the new album “Southern Gothic” because of the similarities he thought his music has to the literature genre of the same name.

He explained that the Southern Gothic style of literature takes places in the southern United States and has been popularized by authors like William Faulkner and Flannery O’Connor.

“It’s got a lot of gritty characters, and there’s usually underlying messages,” Melancon said. “That was where my mind was at writing the songs, like with the “Lights of Carencro” song. It’s like a short story or monologue that you would read in one of those [Southern gothic] books.”

The Louisiana artist continued elaborating on how literature influenced his latest musical work.

He mentioned that a novelist named Larry Brown from Oxford, Mississippi, in particular, inspired him to give his album the name he did.

Though Brown passed away in the early 2000s, Melancon had the opportunity a while back to check out Brown’s writing room.

“I was a little weird about naming the album ‘Southern Gothic’, like I was making a drastic statement,” Melancon said. “But after I went to Larry Brown’s writing room, and I got to stand right in front of his keyboard or typewriter, one of my favorite things from him, I was like ‘okay, I feel like now the [album] name makes more sense.”

It took Melancon a while to to get to the point where he felt he was ready to tell his friends’ and family’s stories via the album.

He tried to write “Perry”, one of the album’s songs, when he was in his 20s. However, he waited to do so because he did not feel he had developed enough as a songwriter.

“I think I just needed to grow a bit before I tried to tackle that kind of subject matter songwriting-wise. That’s a good feeling to feel like you’re progressing songwriting-wise and writing-wise,” Melancon said.

Many of his songs on “Southern Gothic” seem to refer back to the 1960s or 1970s. He thought it could be due to his interest in that time and era.

The album opened with the track “With The Devil”. The song burst forth with notes from a synthesizer and pulled no punches at Melancon’s lyrics recounted the deeds of a serial killer in Louisiana.

Melancon’s voice grew even more eerie with lines like “my calling/there ain’t no stopping” and “Carl, there’s more work to be done/you must punish the weak and the heartless”.

Guitar riffs in the last fourth of the song did well to continue the haunting vibe of the song through to the end.

“With The Devil” as a whole might remind one of an episode of “Swamp Murders” or “Criminal Minds”. It sets an ominous tone, which in an odd way, ends up being all the more inviting.

The second song, “Perry”, provided somewhat of a contrast, with a more upbeat sound. However, it stayed true to the feel of Southern Gothic as a genre with the sorrowful subject matter.

“[The song] ‘Perry’ is about a cousin I never met that died when he was like 28-years-old. My dad went to his grave in Rayne, Louisiana, and said ‘Perry’s still doing time’,” Melancon said. “I was like, shoot, I gotta know what that guy’s about. So I found out about his [Perry’s] life and everything he went through and experienced.”

“Lights of Carencro”, the third song on the album, had a more acoustic quality to it. That atmosphere allowed the individual instruments to each have their own degree of crispness.

Lyrically, the song was closer to a monologue or spoken-word piece. The guitars built intensity and the riffs launched from where Melancon’s words leave off, almost like to demonstrate that something important had just been said.

“Dwayne and Me” was a departure from the sound of the album up to this point. It seemed more a country ballad from the first notes of the song. That kind of sounds seems appropriate when dealing with the song’s characters, who existed during the Vietnam War era.

As well, it signaled a change in the musical direction of “Southern Gothic”. An air of subdued intensity took hold with many of the remaining songs.

“Redhead” seemed to be one of the only exceptions to this change. It was full of festive language, guitar riffs and, surprisingly, a saxophone solo. It reads as a somewhat silly, dance-along rock tune.

“Dwayne and Me” and “Redhead” represent two almost opposite spectrums of the album’s sound and Melancon’s music in general.

“Praying for Light” and “Mary Lou” both had a calm vibe that made for easy listening. Those songs did seem to get slightly lost, though, between other ones that had more pronounced sounds.

“Different Man”, the second-to-last track on “Southern Gothic”, had a very much rockabilly twang to it. Its edginess served as a reminder of the album’s initial tracks.

“‘Different Man’ was recorded live onto analog tape, and that’s how they [musicians] recorded back then, so that definitely affects the ‘60s or ‘70s sound,” Melancon said.

As for the last song, “Outskirts of You”, its lyrics about a potential relationship give off a yearning and reflective mood. It provided a soft ending to “Southern Gothic”.

The shift in the album’s tone after “Lights in Carencro” worked well enough. Perhaps, though, it could have been more interesting had it occurred in the middle of the album.

“Southern Gothic” may appeal to fans of rock, folk and country alike with each of those genres represented in the album.

In particular, “With the Devil” stands out as the strongest track on the album. Its lyrical content is jarring, and the instruments work so well to complement the mood the words begin to build.

The lyrics and instruments stand out that much more because “With the Devil” is the first track of the album. It seemed difficult for any of the album’s other tracks to top the song, because in general, artists typically do not write songs about serial killers.

“With the Devil”, “Perry” or “Different Man” could, also be singles, since they showcase Melancon’s diverse catalogue of songs on “Southern Gothic”.

Rod Melancon will play Dingus Magee’s on Friday, April 14, starting at 9:30 p.m. There will be a cover charge of $5 for those attending the concert.