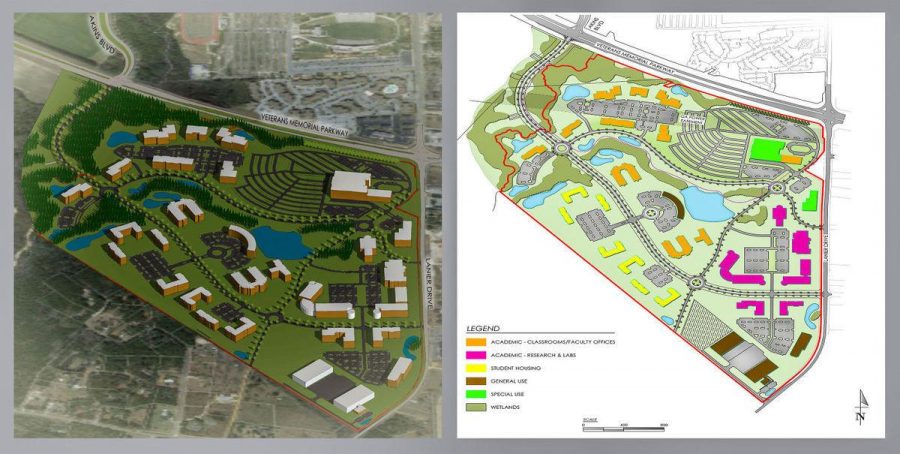 Talks of a South Campus expansion at Georgia Southern University began last year as over 208 acres of underdeveloped land was purchased by the university.

According to the South Campus Conceptual Master Plan page, located on facilities services page for GS, the South Campus is “a working document without a fixed time table, evolving with the shifting needs of the institution.”

The documentation states that it will run south of the 301 bypass. With a variety of sections that were recommended for the plan, including student housing and a dining facility, the master plan might be well on its way.

Although the master plan could go into motion, it may take a lot longer than anticipated because South Campus is to serve as what could become of Georgia Southern over the next few decades. There are no specifics as to what will become of if as Robert Whitaker, vice-president of business and finance explains.

“As the University grows, the local economy will grow. More students will be here. We will need more faculty and staff to support those students,” Whitaker said. “So, yes as we grow so grows the local economy.”

The main use of the South Campus right now is the $8 million warehouse that was purchased that has been used as a storage unit for school.