Eagles utilize bullpen to get the win over Kennesaw State 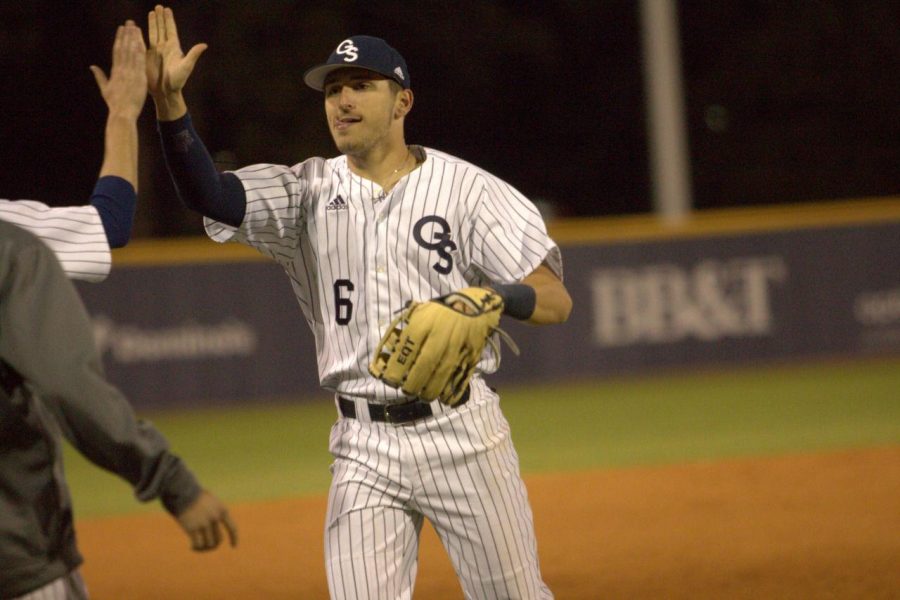 Georgia Southern went to the bullpen early and often in an 8-4 victory over Kennesaw State on Tuesday night, but they got the job done and they did it well.

On the other side of the ball, the Eagles scored eight runs on only five hits, but it was enough to beat the Owls.The hitting star of the night was senior Jordan Wren, who went 2-4 with four RBIs.

Senior Evan Challenger has been trying to right the ship on a non-ideal start to the season, coming out of the bullpen in the seventh inning, giving up three hits and two runs.

Thought to be the Eagles’ Friday night starter before the season, Challenger’s ERA has now risen to 6.03 on the season. Challenger will continue to work to lower the ERA with a little over a month left in the regular season.