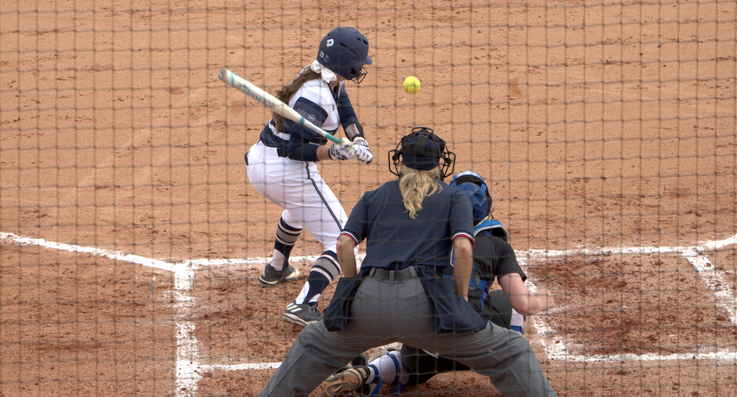 As far as the Sun Belt tournament goes, the third and fourth seeds have no true difference, but they would be closer to the second seed, which gets a first round bye. This series was important.

Game one started off with a first inning RBI single from senior Morgan Robinson. Then in the fifth inning, Emile Snider hit an RBI to score Lydia Witkowski.

Sophomore ace Dixie Raley had another clutch performance, only allowing two hits while striking out seven.

Game two on Saturday was a completely different game from both teams. The Bobcats took a five-run lead in the first inning and never looked back, adding two more in the second making it a 7-0 lead.

Heather Felt came in for relief after Kierra Camp gave up three runs. Amanda Chambers took over in the second and finished the game with only 4 hits.

The Eagles didn’t get on the board until the fourth inning with Macy Weeks hitting a two-RBI double making it a 7-2 lead until the sixth, where Witkowski hit another double to score Haley Carter.

The final score was 9-4 with Emily Snider hitting her 12th homerun on the season.

Snider’s hot hitting carried over to game three, hitting a two-run homerun in the bottom of the first to take a 2-0 lead. Texas State took the lead in the top of the third with a three-run homerun.

The Eagles tried to rally back but couldn’t get anything other than Mekhia Freeman scoring India Davis in the fourth inning. A 4-3 heartbreaking loss would clinch the series for the Bobcats and drop the Eagles back down to a two-game difference, which will make it difficult to rise in the standings.