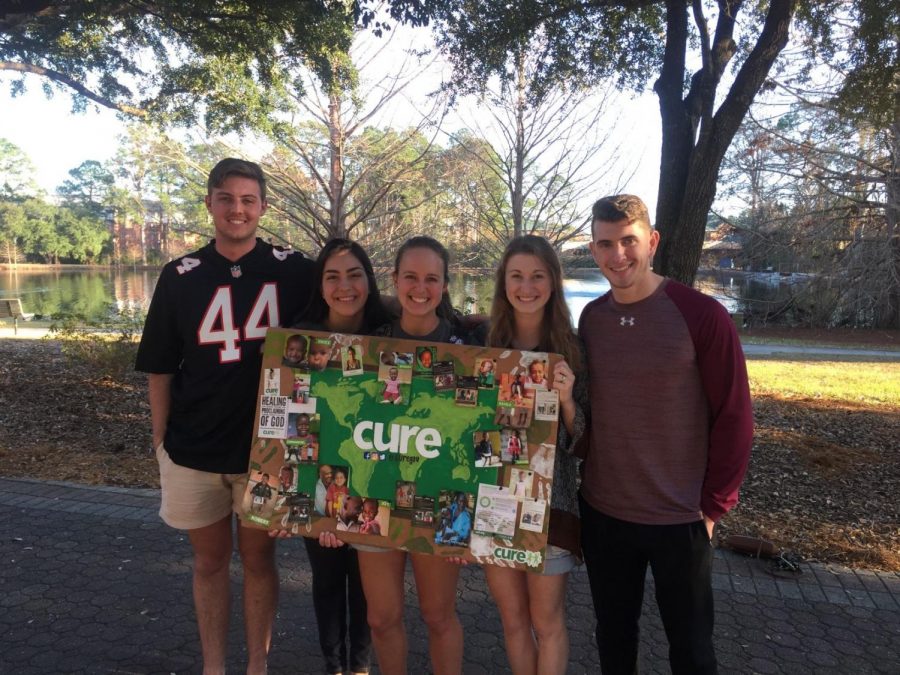 Members of the organization " Cure"

The Georgia Southern University CURE student chapter is holding a dodgeball tournament this Thursday, April 13 to raise money for kids in CURE’s hospital in Ethiopia.

CURE is an international association that not only has hospitals that help kids receive the medical attention that they need, but also spreads the word of God.

Hannah Pressey, junior marketing major and the executive director, officially started the GS student chapter of CURE last year after attending some CURE events at the University of Georgia while she was in high school.

“I wanted to bring an organization to Georgia Southern that had such a great mission and purpose, of providing healing for kids who need it and wouldn’t normally have access to it, as well as growing a community on a college campus that could bring together so many different people and organizations,” Pressey said.

As a student chapter of CURE, the organization aims to help fund children’s medical operations in these CURE hospitals around the world.

“The money that CURE-GSU raises, right now, goes to a general surgery fund for the CURE Ethiopia hospital. So, what we do, alongside of the fundraising part, is send encouragement to CURE Kids, children whose families understand that their kids will be receiving letters and videos from us, and that their pictures will be posted on our social media,” Josiah Shipp, sophomore writing and linguistics major, said.

The GSU CURE student chapter has done several projects since its start in March 2016, including hosting corn hole tournaments and selling friendship bracelets.

“We felt like this type of event would be a fun way to bring in a lot of people. It gives everyone a chance to participate with their friends, help raise money for a great cause, and win some wonderful prizes,” Shipp said.

The event will take place at the RAC on Thursday, April 13 from 7:00 p.m. to 10 p.m. In order to participate, the organization has a link on its Facebook page where people can sign up to play—the cost will be $5 per person and four people per team.