Female Visibility and The Gender Gap in Film and Television 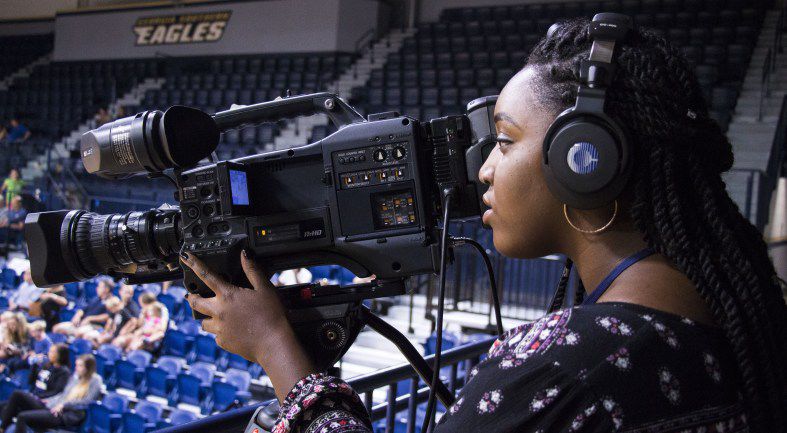 Whether researching past Academy Awards Best Picture nominees, or scrolling through a list of top rated films available on IMDb, film enthusiasts might eventually notice a disproportion between male and female protagonists found on-screen.

In fact, an annual study by The Center for the Study of Women in Television and Film (CSWTF) found that women comprised only 29 percent of protagonists in the top 100 films of 2016, a minor improvement from previous years. However, the troubling gender disparity goes beyond onscreen, affecting what’s behind the camera as well.

In another annual study, The CSWTF conducted research reporting that “women comprised 17 percent of all directors, writers, producers, executive producers, editors, and cinematographers working on the top 250 domestic grossing films in 2016.”

According to Deadline, the Equal Employment Opportunity Commission revealed that “every one of the major studios has received a charge contending that they failed to hire women directors.”

Abbey Hoekzema, an assistant professor in GS’s film and production department, is not surprised by the investigation on Hollywood’s discriminating hiring practices.

“In terms of transitioning from independent to the studio system, Sundance has found that women who have a successful film at the festival are less likely to be hired or find funding for their next feature film,” Hoekzema said. “A guy will make an indie hit and go on to do Star Wars or some other big blockbuster.”

Hoekzema teaches production, media writing and intro to film studies for the university. As an educator, she tries to initiate discussions on representation of gender, sexuality and race – especially for students in her “Introduction to Film Studies” classes.

“For a lot of people, this is their first engagement with film as a scholarly study, or exposure to what the industry is and how it’s oriented,” Hoekzema said. “When you do a history class, unfortunately, certain groups have been left out, so I try and have at least a film directed by a woman and at least one or two films coming from a minority group.”

The pattern of white male directors being offered huge blockbusters after an initial indie hit includes Marc Webb (500 Days of Summer to The Amazing Spider-Man), Colin Trevorrow (Safety Not Guaranteed to Jurassic World), and Josh Trank (Chronicle to Fantastic Four).

“It’s not that there’s not enough women. There’s just as many that want to be in the industry and want to be in these positions, but they’re often overlooked,” Hoekzema said. “Typically, women and minorities are overlooked because people who have the deciding factor are hiring people who look like them.

One way to counter gender disparity, male bias and dominance in film and television and even racial disparity, is hiring more female directors. The Geena Davis Institute found that female directors – women who are in charge of a production – were more likely to hire other women and have a better diverse representation in the cast and crew.

This can be seen in the last two Star Wars films, which featured a female lead and a far more racially diverse cast than previous entries. In 2012 American film producer Kathleen Kennedy was nominated to succeed George Lucas as the second president of Lucasfilms. With Kennedy as an executive producer, the last two films in the Star Wars Saga have avoided common science-fiction pitfalls of making their female characters damsels in distress or sexualized eye candy.

Connor Rentz, GS Film Club president and sophomore film and production major, is pleased with Kennedy’s recent influence on Lucasfilms, from casting decisions to character focus, and hopes that other studios follow suit.

“Men have always been the dominant storyteller in history. They tend to lead those stories where it’s kind of their fantasy in a way,” Rentz said. “Not necessarily a conscious fantasy but how they assume things should be, which includes sexualizing women and making them defenseless.”

Rentz is currently working on his own film, A Year and a Day, which features a female lead. He said he hopes more male content producers step out of their comfort zones by writing fully-rounded female characters.

“It’s important for guys to be interested and help solve the gender gap problem,” Rentz said. “My current film is primarily about a woman. Its main theme is about toxic masculinity; things that can help lead to a discussion about having more women in film.”

Renah Tyson, a senior film and production major, is often aggravated over the male bias prevalent in the film industry, especially behind the camera.

“Every time I tell anybody that my major is film and production, outside of school, they’ll be like ‘oh, so you want to be an actress?’” Tyson said. “They just assume that’s what you want to do, and I think that’s partly due to there being a lack of women behind the scenes.”

Based on her experience when shooting Sincerely, her honors thesis film, Tyson is optimistic her male and female peers can help improve gender equality in the film industry through mutual respect and cooperation.

“We all have to come together and really push for it to really be about talent and not for it to be about gender,” Tyson said. “For my honors thesis film, it’s an all-male cast and an all-female crew, and we didn’t even do that on purpose. It’s been wonderful – I think that speaks a lot of what we’re capable of.”