2016-2017 Year in Review: A look back at the year in Georgia Southern athletics 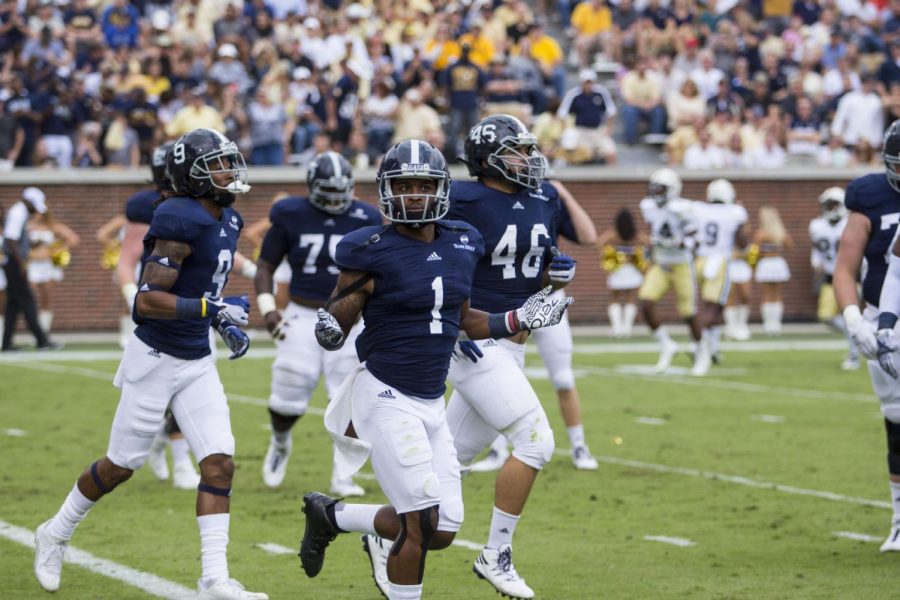 The third season for Georgia Southern athletics competing in the Sun Belt Conference was full of memorable moments, significant achievements and impressive individuals. As is tradition, The George-Anne took a look back at some of the landmark moments since the 2016 season began.

Sept. 3: Beginning of an era

Tyson Summers was rewarded in his first game as the Georgia Southern head football coach with a 54-0 victory over outmatched Savannah State at Paulson Stadium.

On a Wednesday night on ESPN2, the Eagles lost to Arkansas State in dramatic, depressing fashion. An 8-yard Arkansas State touchdown with nine seconds left in the game sunk the hearts of Eagle fans watching after it appeared the Eagles had the game in hand before turning the ball over with under three minutes left to go and a 26-20 lead.

The men’s soccer team beat Appalachian State, 3-1, on senior night, powering them to their first-ever Sun Belt regular-season title, which they shared with Coastal Carolina. Coach John Murphy, in his first season, eventually guided the Eagles to the conference semifinals.

The Eagles took ACC foe NC State to the wire, eventually losing 81-79, with 26 points from sophomore guard Tookie Brown. This was a sign that the Eagles could compete with anyone, and the Eagles went on to have a successful campaign in the Sun Belt (11-7) in Mark Byington’s fourth year at the helm.

Eagle Nation took a collective, albeit small, sigh of relief after Georgia Southern beat conference opponent Troy 28-24 in the season finale on senior day at Paulson Stadium. The win capped an overall disappointing 5-7 season, but it may have saved coach Summers his job.

The Eagles ascended by way of an 8-game winning streak to the top of the Sun Belt standings. On January 23, they beat Coastal Carolina, 91-80, at home and again showed their offensive prowess behind sophomore guard Ike Smith and Tookie Brown. Their season would come to a rather disappointing end in the conference tournament, but the 8-game streak showed the Eagles were one of the toughest teams in the conference.

Women’s basketball senior stars, guard Angel McGowan and forward Patrice Butler, were name in March to the Sun Belt All-Conference Second Team. McGowan, who began her senior campaign with 1,000 career points already, led the Eagles with 423 more as a senior. Butler eclipsed 1,000 points and 500 rebounds. The pair of seniors earned respect throughout their careers from opposing teams as well as the Eagle Nation.

The Georgia Southern men’s tennis team clinched its first undefeated home season in over 30 years by beating Coastal Carolina at home. The match was clinched, fittingly, by senior Dani Casablancas in his final match in Statesboro. The team finished 12-0 at the Wallis Tennis Center, or as they call it, “the nest”.

It’s not every day that a team from Georgia Southern knocks off a defending national champion, but it happened Saturday, April 22 when the Eagles beat Coastal Carolina on the road, 7-6, in a 10-inning thriller. The bats of freshman Mason McWhorter, a rising star in Sun Belt baseball, and senior shortstop Evan McDonald, propelled the Eagles to victory.