Flaws in the 2017 football schedule 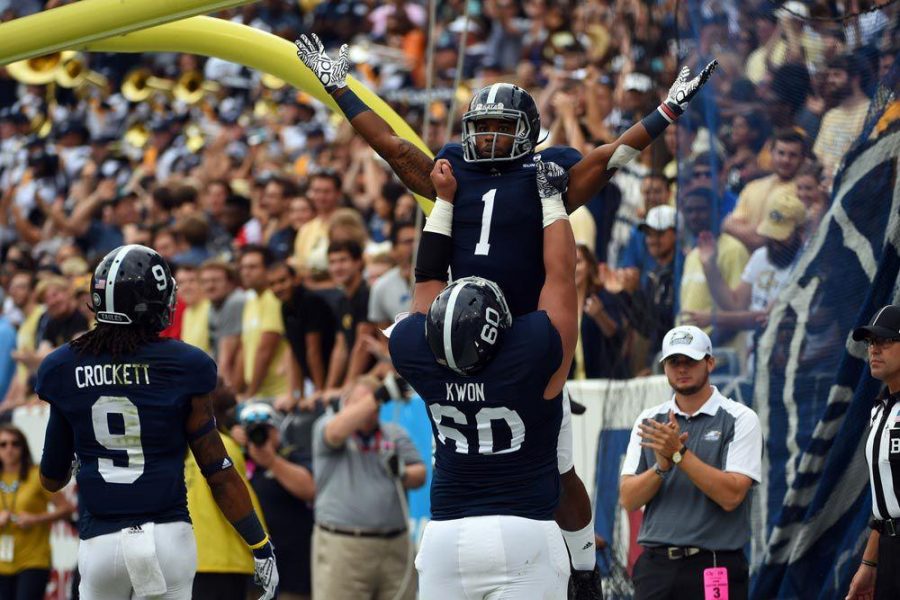 Fall’s football season has already become one of the most talked-about seasons in recent Georgia Southern history.

This season will be Tyson Summers’s second season, there’s going to be a whole new quarterback system, there are many new coaches on both sides of the ball, an exciting recruiting class and beginning the season on the road at Auburn. Last week, the Sun Belt Conference released its schedule, and it left Eagles fans asking questions.

One of the flaws in this year’s schedule that many fans are questioning is that we are playing App State and Georgia State back to back and so early in this season. Most rivalries in college football are played the last week of the season- Georgia vs. Georgia Tech, Auburn vs. Alabama, Michigan vs. Ohio State.

All of these high profile match-ups are games that the country waits for and they always end up being great battles.

For both App State and Georgia Southern, this rivalry is consistently the highlight of the season and has been since the schools started playing annually in 1993. This is also the premier rivalry of the Sun Belt since the two teams joined the conference in 2014. If this is supposed to be considered a true rival game, why is it being played on a Thursday night three weeks before Rivalry Week?

Now, the argument can be made that they don’t play during this week because they aren’t instate rivals, much like Clemson vs FSU, Georgia vs Florida, and Oklahoma vs Texas. While these games have also become meaningful, passionate, rival games, they are played against teams outside of state borders.

This brings us to Georgia State in the game known as Modern Day Hate. All year students say “southern not state” and know that we despise the fake GSU. So much goes into this game for the fans and for the teams, yet the game is taking place on Nov. 4. It is still going to be a pinnacle part of the season, but won’t be getting the hype the rivalry deserves.

Auburn is obviously a respectable opponent. They went 8-5 finishing second in the SEC West. They are also returning many of their starters and are favorites to win the SEC. They are the only respectable out-of-conference team the Eagles play this season.

Indiana finished 6-7 overall and was ninth in the Big 10. New Hampshire is an FCS team, and while there are some reputable FCS teams, the Wildcats are not one of them. And finally, UMASS. Since joining the FBS in 2012, the Minutemen have put together an underwhelming 10-50 record.

The remainder of the conference schedule is better than last year, where there was a five-week stretch away from home. One of the marquee games to look at is Oct. 4 against Arkansas State in Paulson Stadium on a Wednesday night. The Red Wolves have finished at the top of the Sun Belt the past two years and has been a game that back to back years now Georgia Southern has lost in the second half.

Another key matchup is on the road at Troy Oct. 28. GS spoiled the Trojans’ championship hopes last season, and the Eagles would love to win again.

The last game of the regular season is on the road against Sun Belt newcomer Coastal Carolina on Dec. 2. As the Chanticleers transition from their success in FCS play, it will be interesting to see how they compete in FBS Sun Belt play.

As the season crawls closer, spring training begins and anticipation grows, this season should be an interesting one.