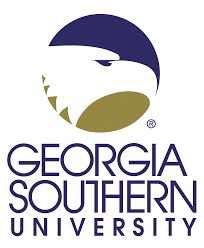 UPDATE March 2: The escaped prisoner Benjamin Crapse has been apprehended, according to a message from the Dean of Students.

According to wsav.com, Crapse was seen climbing the fence of a landfill located off of Lakeview Road, just north of Statesboro, and then ran into a wooded area. He was assigned to work detail at the landfill before his escape at approximately, 11:50 a.m. and was last seen headed toward Lakeview Road.

As stated on the statesboroherald.com, Crapse was serving a sentence for convictions of theft by receiving stolen property, fraud and fourth degree forgery in Richmond County, according to the Georgia Department of Corrections.

Crapse,34, is a white male about 5’6” and 145 pounds. He has brown hair and brown eyes and was last seen wearing a Bulloch County work camp prison uniform consisting of dark blue pants, a fluorescent green shirt imprinted with “Bulloch County Prisoner” and black boots.

Although there is no indication that Crapse is making his way toward campus, the Dean of students asks students to please use caution and be aware of your surroundings when driving around Bulloch County.

There has been no current information to indicate that Crapse has been found. Any suspicious activity is asked to be reported to the Bulloch County Sheriff’s Office at 912-764-8888.