Baseball hosts an 18 strikeout dub against the Citadel 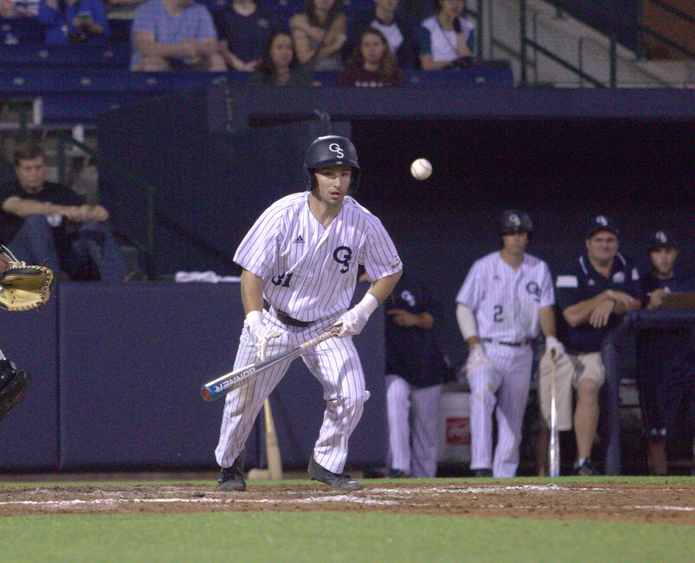 After a quick road trip to Charleston on Tuesday night where the Eagles would pick up a win against the Citadel 7-3, the baseball team had to come home to complete the sweep of the Bulldogs 1-0.

As a team, the Eagles would throw a three-hit, 18-strikeout game, and senior Landon Hughes picked up his second save of the young season.

The offense was obviously not as hot as the defense, for they would only earn 4 hits. The lone run for Georgia Southern came in the fourth frame by way of a Cameron Hankins RBI, his first of the year. Hankins would plate his fellow freshman outfielder Mason McWhorter.

These two midweek wins over the Citadel were good for the team to get under its belt before traveling to UT-Arlington this weekend for a three-game series with the Mavericks.