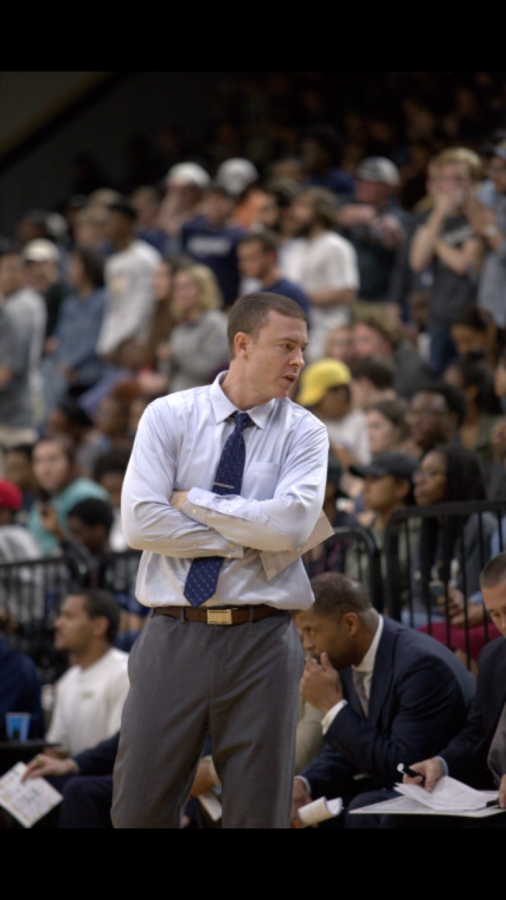 The Georgia Southern men’s basketball team lost its regular season finale to rival Georgia State 67-72 in Atlanta. The Eagles lead at the half 32-28, but gave up 44 points in the second half that lifted the Panthers to a win.

Both teams came into the game coming off a conference loss and actively vying for second place in the conference. The Panthers lost the previous match-up with the Eagles 88-65, but that didn’t stop them from shying away from their game plan.

They out-rebounded the Eagles 45-21, a deficiency the Eagles have had difficulties with all season. The Eagles have been dominated on the boards all seasn as they don’t have a big presence in the paint.

GS freshman guard D’Marcus Simonds was the difference maker for the Panthers scoring 21 points with senior forward Jeremy Hollowell adding 15 points and 12 rebounds. Last game the guard play for the Panthers didn’t produce, but Simonds and other guards combined for 51 of the Panthers 72 points.

GS sophomore guard Ike Smith had 27 points and 4 rebounds, but the Sun Belt’s leading scorer couldn’t propel the Eagles by himself.

The Eagles are now the third seed in the Sun Belt tournament as they play the winner of Troy and App State.